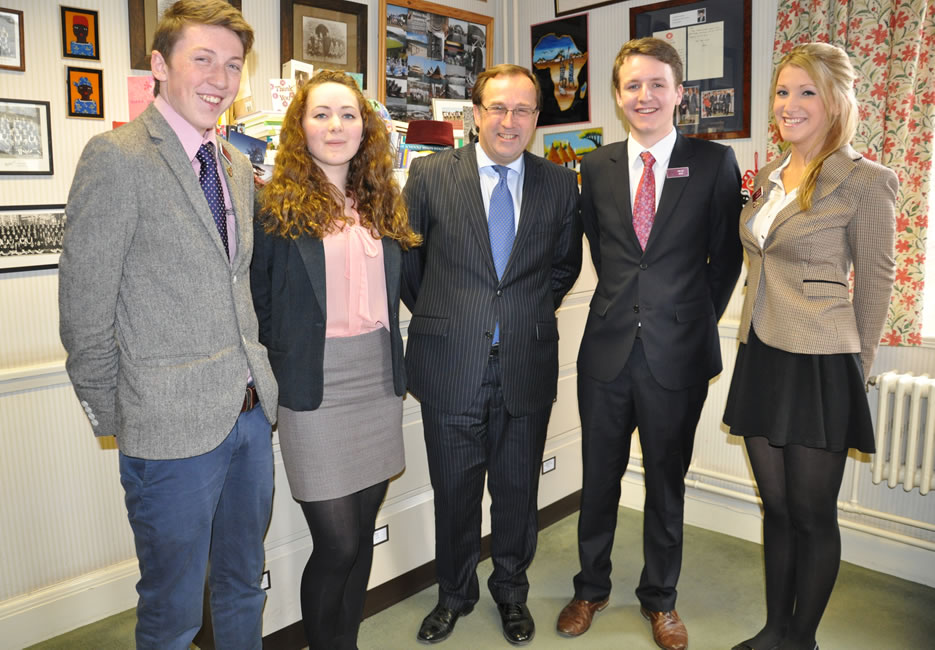 I am delighted to announce the appointment of the new Senior Prefect Team to serve for the next 12 months. The Head Boy is Matthew Walker, the Head Girl is Antonia Feilden, the Deputy Head Boy is Liam McHale and the Deputy Head Girl is Blythe Holland. Additionally, I am very pleased to tell you of the appointment of two new Secretaries to the School Council, Harrison Holland and Jinjin Guo. I am sure that all these students will serve the School with distinction and I am very grateful to them for being prepared to serve the School in this way.

Following the selection of the new Senior Prefect Team and Secretaries to the School Council, our Heads of House, Mr Steve Markham (Ayscough), Mrs Louise Triggs (Hansard) and Mrs Fiona Cooke (Rawlinson) have selected House Officials for their Houses and I am very pleased to list the students below. We congratulate all of them on their new posts and hope that they will enjoy working with other students to bring House success.

This term ends on Wednesday 27th March 2013. The Summer Term, when we hope for better weather, will begin on Monday 15th April 2013.