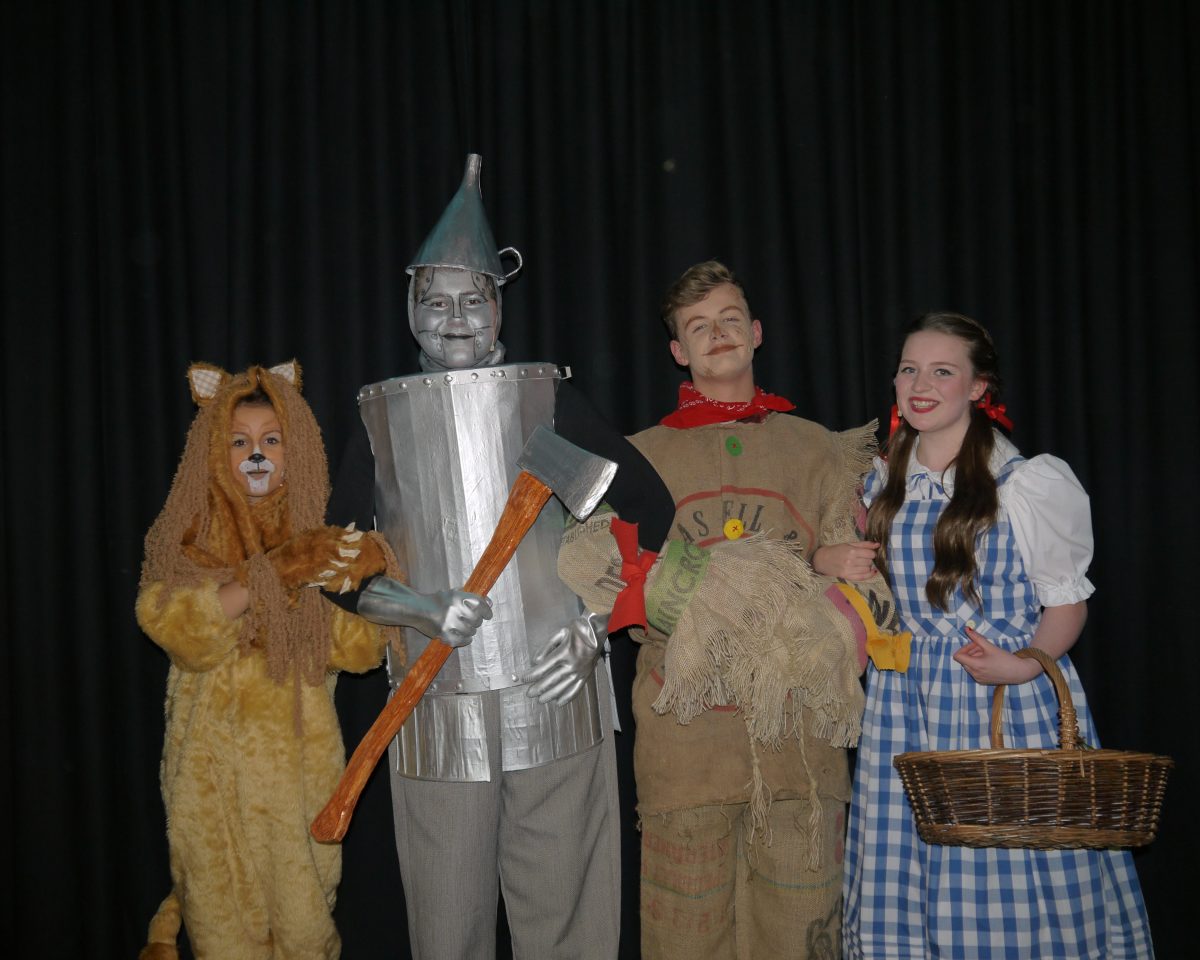 So there we go. Dorothy and the Wizard have gone back to Kansas; Lion, Tinman and Scarecrow will stay as Zeke, Hickory and Hunk; and that Wicked Old Witch really is dead. And whilst there may be “no place like home”, for the last 6 weeks, there has been no place like Oz. Having been lucky enough to be in the middle of this tornado since the start, I know only too well that this has been one of the most technically challenging productions Caistor Grammar School has put on for some years and so I feel it is only fair to give the credit to just some of the people who made this happen.

First and foremost, to the many parents, members of the Friends, and students who have put so much care and love into the costumes, some of which have such intricate details that they will never be seen by the audience, but all of which made every single cast member feel that they were being given that West End star attention.

To Mrs Wish and her many art assistants – students and staff alike. Their slavish efforts, producing field after field of poppies and Munchkin flowers, not to mention the phenomenal set designs, meant that the audience were left in no doubt whatsoever that we were in a land far behind the moon, beyond the rain, somewhere over the rainbow.

To Mr Bradley, the Wizard of the props department, always on hand to adapt, build, rebuild and invent whatever unlikely props this unique performance demanded.

To our make-up department, led by students Laura Johnson and Chloe Brown. I only hope that you could see the results of your talent not just on the faces of those you made up, but in the smiles when they saw themselves in the mirror.

To everyone involved in a backstage capacity, whether assisting in the Green Room, supporting the production as a member of the technical team or simply helping keeping things calm on the night. You were the oil that kept this show moving smoothly.

To our wonderful chorus and orchestra: the backbone of the whole production. Without you, there is nothing.

The talents of the cast are plain to see; what is perhaps less apparent are the near Herculean efforts they have put since work on the show started way back in June. There are students who have given up every lunchtime and Sunday for this show since September, and have not once lost the smile from their faces. I am in awe of you all.

A special thanks is due to our dynamic Performing Arts’ technician, Ellie Robey, who was always one step ahead of everyone and whose contribution to the musical score was, quite frankly, beyond measure.

Last but not least, to my two partners in crime: Mrs Jago – the Lion – for indefatigable positivity and courage in the face of the impossible, which meant that more often than not, the impossible became possible; and to Mrs Thompson – the Tinman – whose passion, heart, and love of performance and music at Caistor is a daily inspiration to all around her. To continue the analogy, I suppose that makes me the Scarecrow, flapping around in the middle, reliant on the talents of others and a general belief that everything will be alright in the end, and who ultimately has his dream come true. Well, if the cap fits…

To everyone involved in the production: “I thank you very sweetly, for doing it so neatly, you did it so completely, and I thank you, very sweetly.”

From Mr Hale: We would also like to thank Mr Harris for his tremendous work as Director. He’s given others parts, so perhaps he should be the Scarecrow (though he’s plenty of brains!), given that sadly there were no pirates in Wizard of Oz!

Well done to everyone involved in a superb and very memorable production!