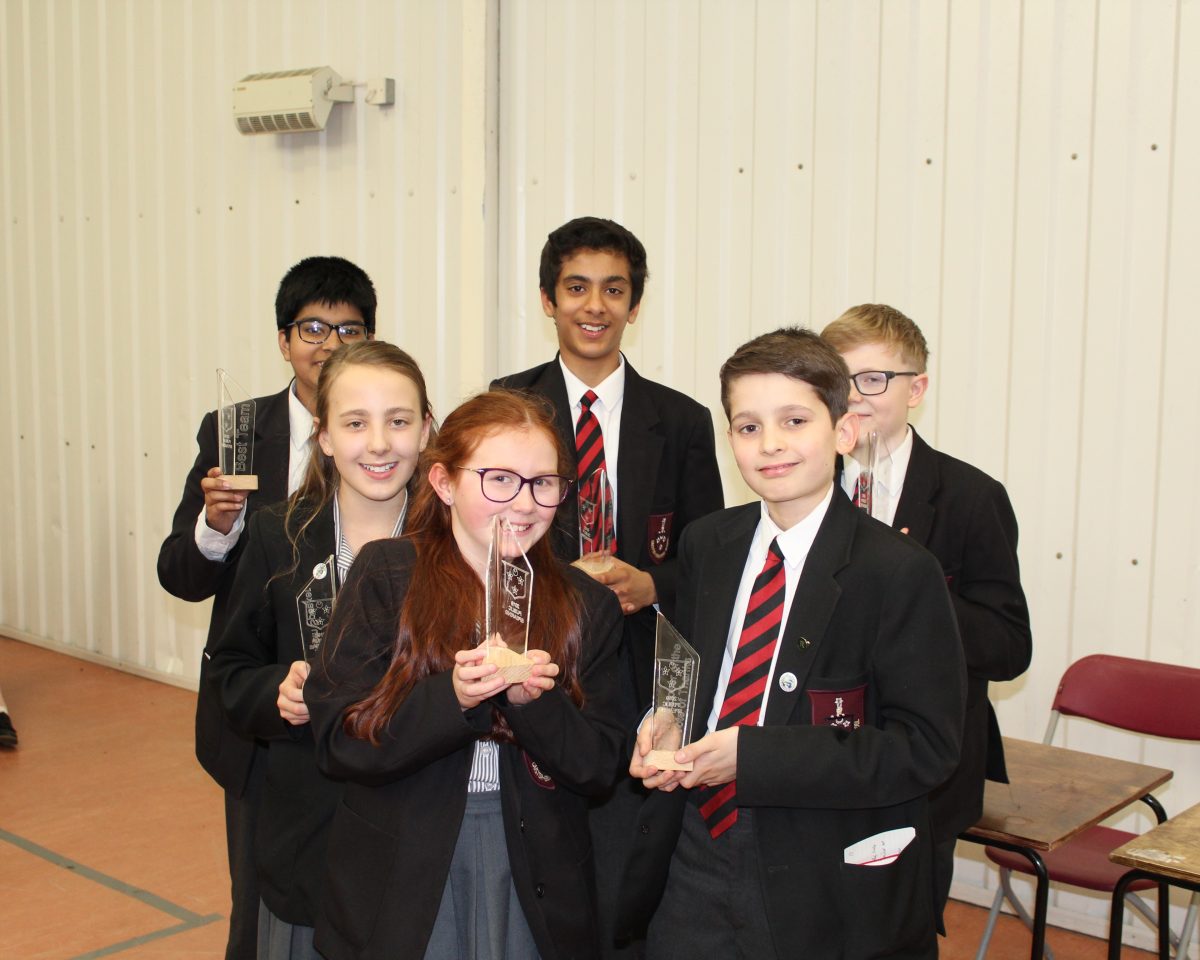 The annual Public Speaking competition, organised by the English department for years 7 & 8, proved once again what a diverse range of interests our students have, with topics ranging from Autism to the dangers of processed food and everything in between. Six teams of students, one from each form in years 7 & 8, spoke in teams of three delivering powerful and engaging speeches to an audience of over 200 of their peers. Previous participants of this competition have gone on to take positions in the senior prefect team and even to compete in the international Public Speaking competition, so the future is certainly bright for the eighteen students selected to speak. Judging was overseen by Performing Arts technician Adam Pountney and sixth former Jyothi Cross and the trophy winers are listed below.