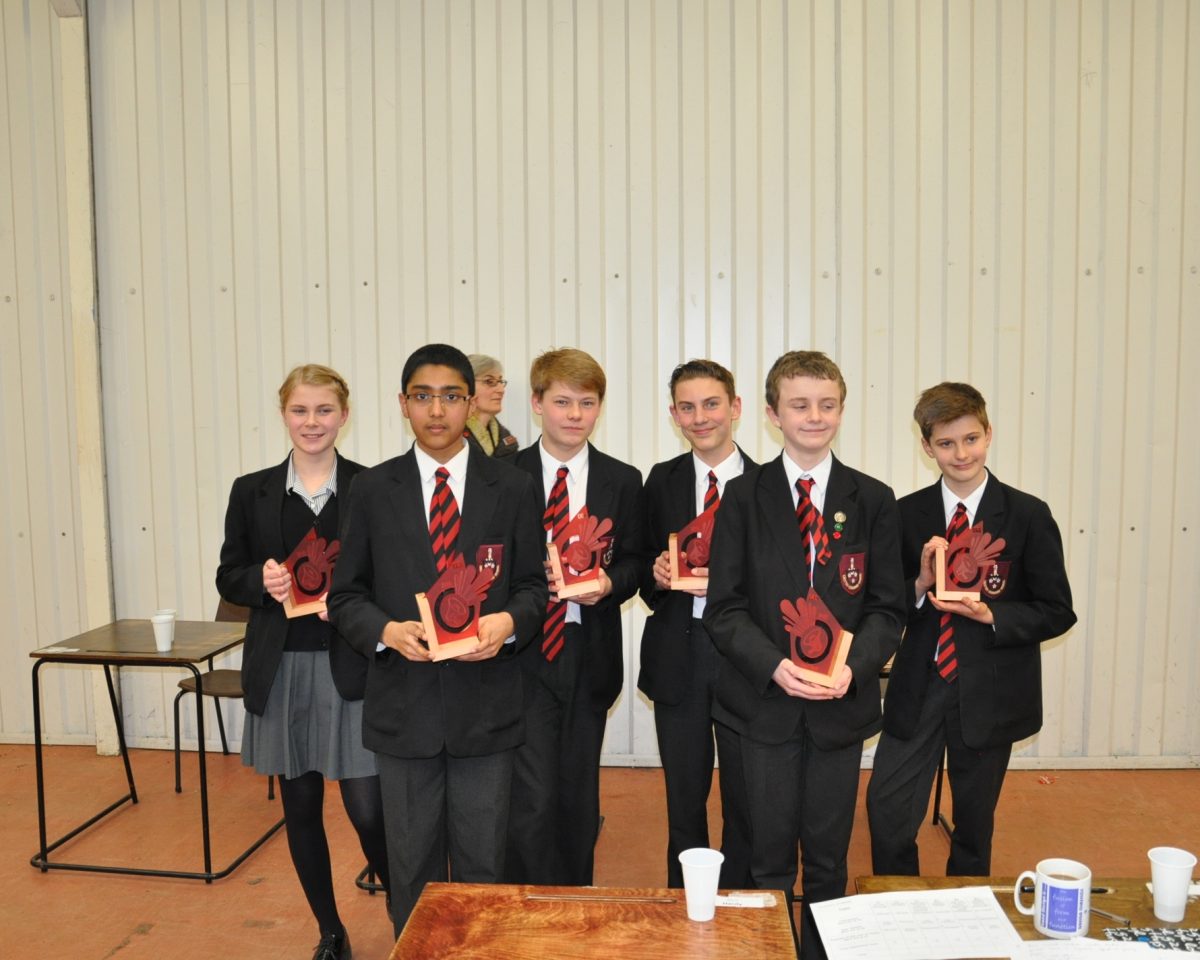 The annual year 7 and 8 Public Speaking Competition, organised by the English Department, was held on Thursday 10th March. 6 teams, each having won through a heat in their form, were given the opportunity to address the assembled ranks of years 7 and 8 on subjects as diverse as childhood obesity, a call to make smoking illegal, or the benefits of zoos to animal welfare. The judging panel comprised Mr Hale; member of the school governing body, Mrs Sedman; and sixth form student Martha Kent.

The eventual winners of the ‘Best Team’ award, speaking about gender inequality, were the team from 8z: Vignesh Kamath, Trinity Herberts and Rory Longcake. Awards were also given to Pawel Grab, Joel Cottingham and Miles Peck for best Chairperson, Main Speaker and Proposer of the Vote of Thanks.