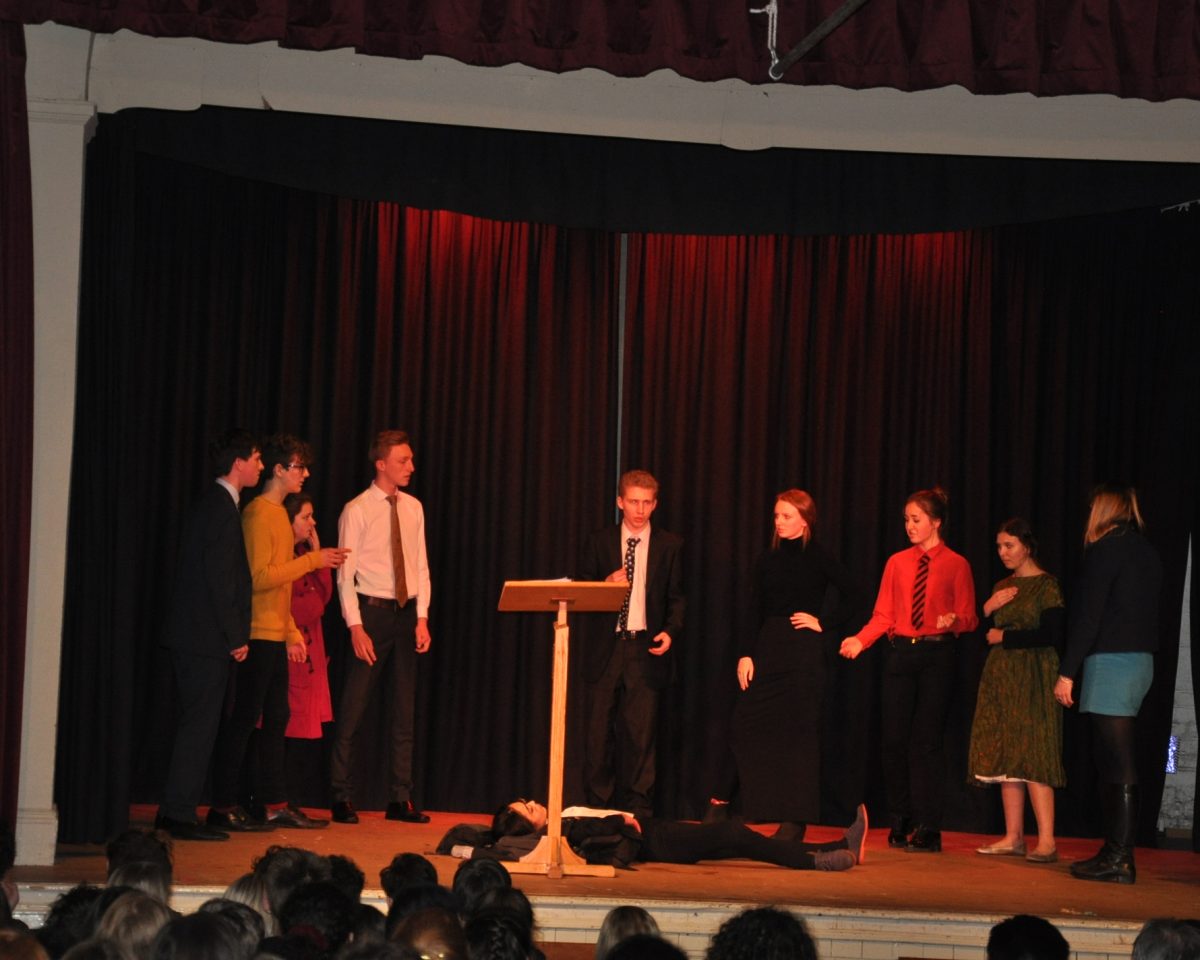 After the high standards set by the Junior House Drama competition on Tuesday, anticipation was high in advance of Wednesday’s Seniors, and once again, all the cast and students behind the scenes more than stepped up to the challenge. Jam packed full of in-jokes and well observed caricatures of the Caistor Grammar School staff, all three plays were greeted by some vocal, if partisan, support and, yet again, the judges were hard pushed to separate the plays. In third place were Ayscough, whose ‘Of Mice and Memes’ was perfectly chosen for a hall full of students who had studied Steinbeck’s novel for GCSE. For the Salinas Valley, read Caistor Market place; for Candy’s dog, read a dilapidated Henry the Hoover wrested from the old man’s hands; and for the dream farm, read winning the house chess competition. Second place went to Rawlinson, whose thoroughly original play ‘James Blonde’ was wonderfully written and acted, with star turns aplenty and fell short of first place by just one mark. The ultimate prize went to Ayscough, retaining the Senior House Drama crown after last year’s success, with their original play ‘Cluedo’, in which Miss Scarlet, Reverend Green et al were replaced by six likely looking suspects from the Caistor Grammar staff. The twist of the play’s ending only being decided when the judges selected cards from the options of Culprit, Murder Weapon and room was a throughly original idea and very much appreciated by the judges.

The evening performance of the three Junior plays and a reprise for ‘Cluedo’ was greeted equally warmly by an audience of parents and supporters of the school and thanks must go to all the many students who gave up their time, talents and enthusiasm to produce six such enjoyable house plays, not to mention the technical team who made sure everything could be seen and heard. Thanks also go to the three house Captains: Mr Markham for Ayscough, Miss Turner for Hansard, and Mrs Cooke for Rawlinson. Last but not least a huge thanks must go to our judges Steve and Carol Millson, who had the unenviable task of selecting winners. To give Steve Millson the final word: “all 6 plays were truly exceptional and we really hope we made the right decisions…they all deserved a prize!!”