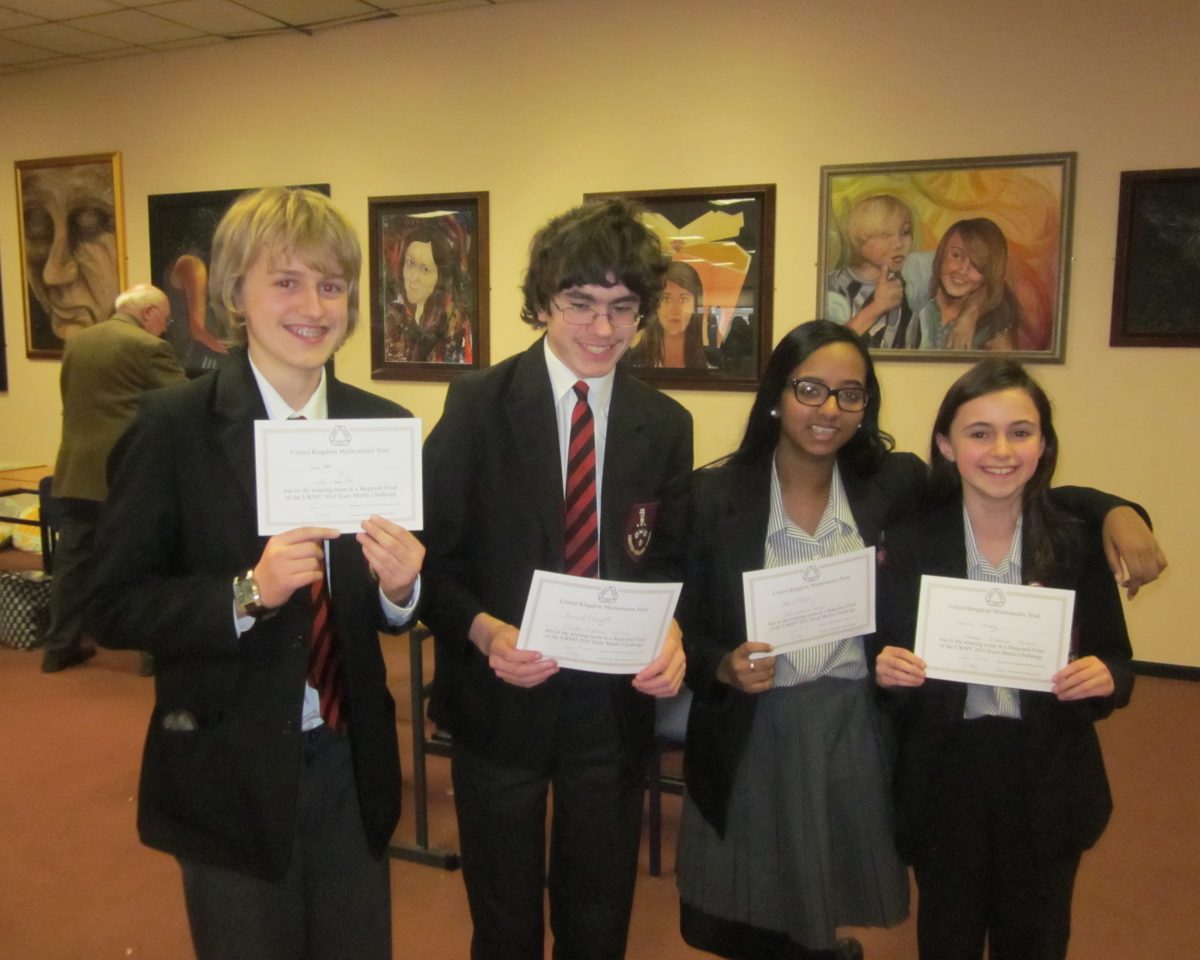 Congratulations to our year 8/9 maths team who were the winning team in the Lincoln regional final of the UKMT team maths challenge competing against 28 other teams. The team consisted of Sammy Braben, Jemi Maliyil, Daniel Bassett and Laura Brady. The competition had four rounds, a group round, a cross number, a shuttle round and a relay round which tested their mathematical skills to the limit. All team members contributed in an all round excellent performance. They will now take part in the National Final, which takes place in the Royal Horticultural Halls in London on 23rd June.