WEST SIDE STORY – LAUGH OUT LOUD COMEDY AND HEART-BREAKING TRAGEDY 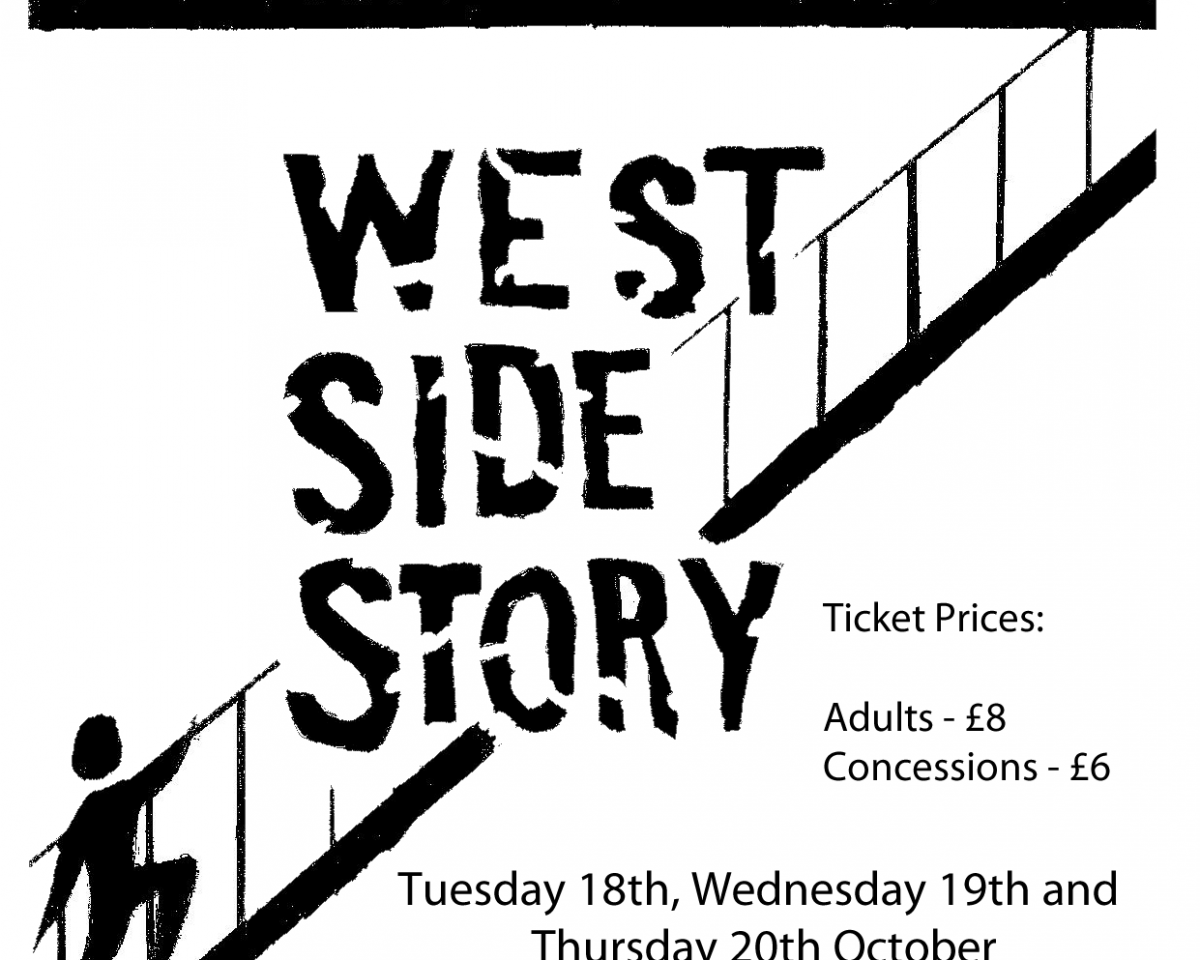 So with the dust settled on another successful Caistor Grammar School production and everything packed up and put away for another year, we can once again look back on a hugely memorable experience that has included laugh out loud comedy, heart-breaking tragedy and some eye-popping choreography. Six months in planning, six weeks in rehearsal, three spectacular nights of performance and still the only hint of acrimony or disagreement was between those perennial enemies, the Jets and the Sharks. In fact, for a story that is so driven by hatred and division, my lasting memory of this show will be the harmony and love that has gone into it; this really has been one of the happiest, and most harmonious Caistor Grammar School productions I can remember for quite some time and it seems only fitting that the people who made it so are given their due thanks.

In the most obvious sense of the word of course, this sense of harmony came from the orchestra, who more than rose to the phenomenal challenges presented by Bernstein’s score. From the very beginning, we knew that musically speaking this was going to be far beyond anything we have done for a long time and it was only our faith in the abilities of our players that meant we could even consider taking this beyond the vaguest of imaginations. I know how talented you all are, and even with that talent, the number of you I saw shaking your heads in despair and questioning the playability of Bernstein’s score while still performing to such a high standard is a testament to you all.

Not only was harmony in evidence musically however, it was there behind the scenes as well. The number of people who have pulled together to produce what was evident on stage in terms of staging, costume and props was huge, and yet all were seemingly produced, or in some cases, very kindly lent, with the greatest of ease and willingness. So many of the costumes and props were clearly a labour of love and the value of them was plain to see in the faces of those on stage. To the many parents, friends of the school and members of staff who contributed, I thank you all. 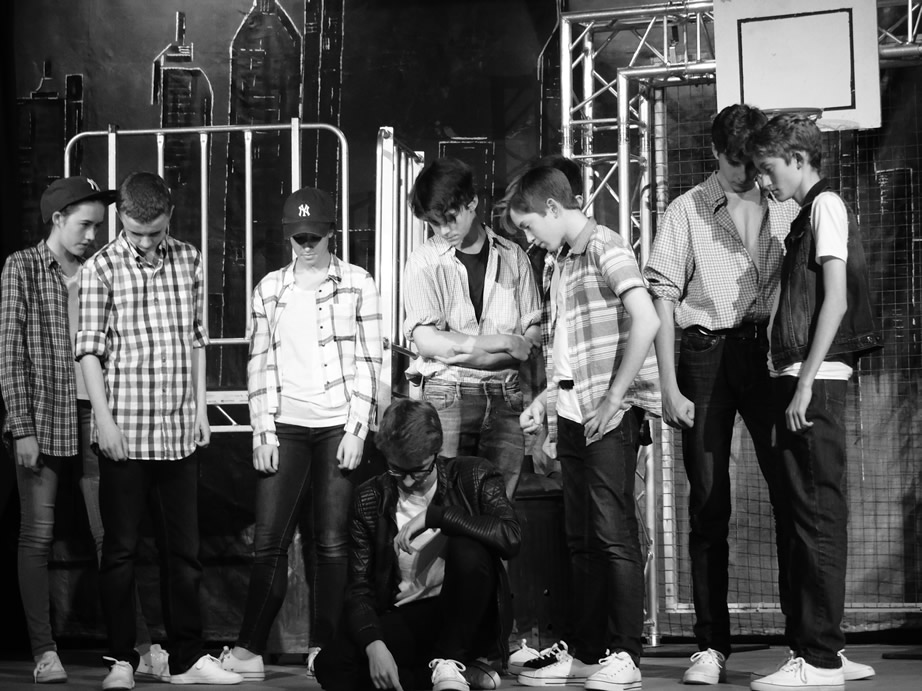 Having been lucky enough to be involved in several Caistor Grammar shows now, I can – with my hand on my heart – say that what makes them so special is the level of student involvement behind the scenes and here again, the harmony was plain to see. In many ways this has been a year of ‘handing on the baton’ as so many of our technical team – microphones, stage management and sound, reach their final show and so it has been wonderful to see the younger students being trained up and beginning to ‘fly solo’. Similarly in the make up department we have seen a new group of students take over the reigns with startling impact, particularly in terms of the special requirements of three onstage murders and a mass brawl! The artistic and technical talents of these students is often overlooked as each of our shows run so smoothly, but it is their attention to detail that made this such a spectacular and professional looking production. 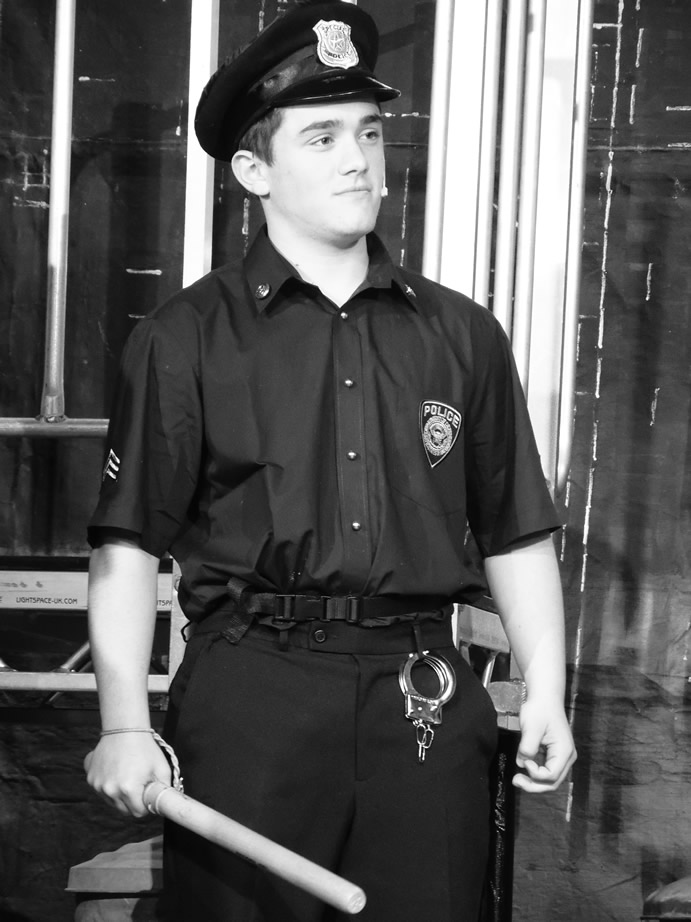 All great productions start with a great cast and we were truly blessed here. Never have I had the pleasure of working with such a supportive ensemble, all of whom looked after each other and helped each other stretch beyond anything they thought was within their abilities, whether singing, acting or dancing. Fuelled not by hatred and division but by chocolate brownies and cookies, lovingly baked and supplied by the cast, it has been a source of wonder to me that you could be so kind to each other week after week, helping each other through difficulties and nerves and yet, on stage, the animosity between gangs was terrifying to witness. I was lucky enough to stand in the wings on each of the three performances for the fatal rumble and it is an experience I will not forget. I cannot thank any of you enough. 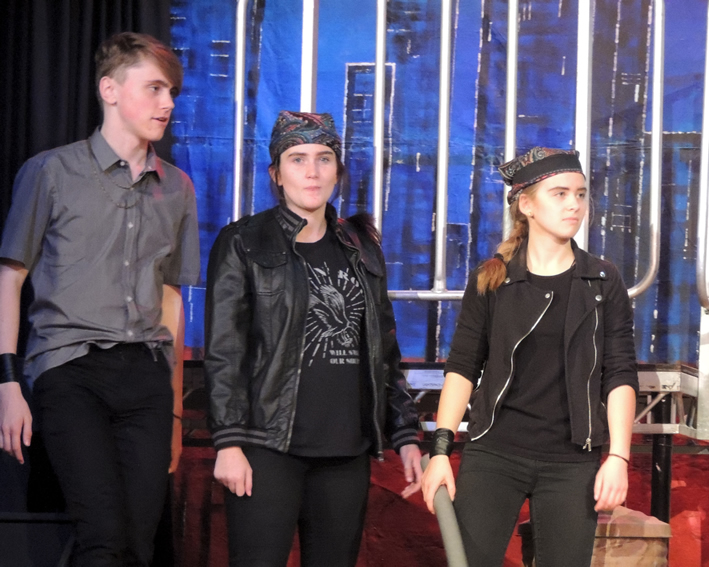 Loathe as I am to single out individuals, there are some names who cannot go without credit. Our performing arts technician Rebecca Jex has toiled ceaselessly, particularly in the latter stages of the production when time seemed to speed up as we moved towards opening night. Always calming, always encouraging of the students and always one step ahead of whatever needed doing, she has been a huge asset to the show.

When we thought Michael Robinson was going to be unable to continue his involvement with the production this year due to commit
ments elsewhere it was a hard blow to take. It is typical of the ever-resourceful Mr Robinson though that he found a way to fulfil his commitments and still give up hours of his time for the show and it is all the richer for his involvement. 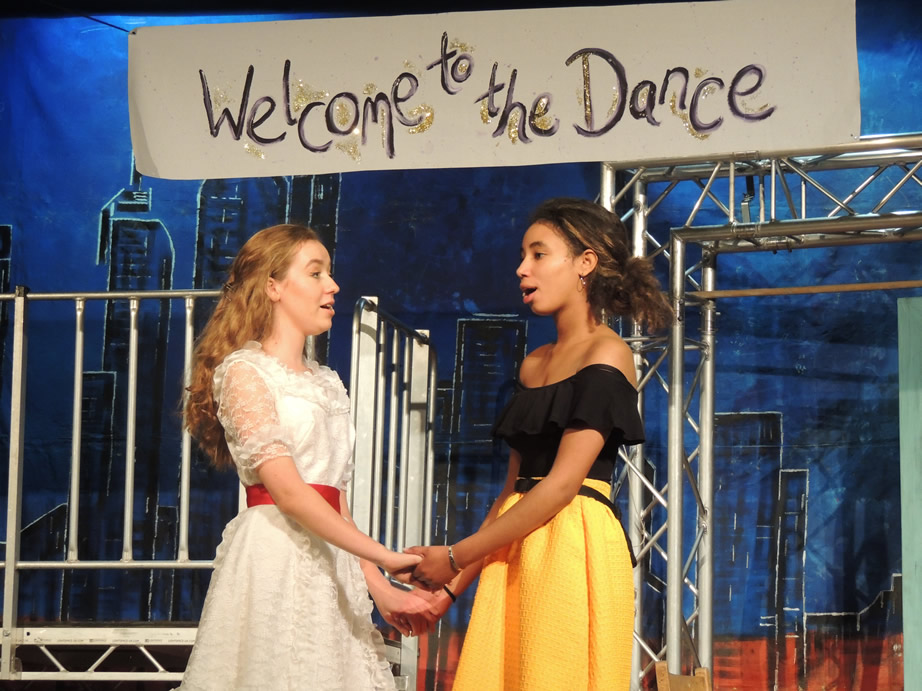 The harmony that has come to represent this show comes in many ways directly from Mrs Kath Jago, who has been right at the hub of this production since it was first voiced. She has once again made the impossible possible and the ease with which this show made it onto the stage, fully costumed, propped and with incredible staging is all down to her.

Last, and most certainly not least, my greatest thanks must go once again to Fran Thompson. It is difficult to put into words the effort Mrs Thompson has put into this show but the number of students – perhaps not all natural performers – who have found their voice and confidence through her encouragement and love of drama and – that word again – harmony is just some measure of how much impact her long hours of work have had.

Ultimately though, there is no one person that makes a show and this year perhaps more than any other, the stars of the show were you all: Thank you