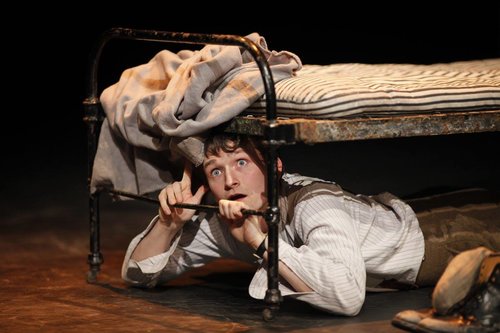 Private “Tommo” Peaceful, 17 years old, is to be shot at dawn. The British Army did this to its soldiers 306 times during the First World War, for cowardice, for desertion, for disobedience: forward was the enemy, backwards was the firing squad.

Based on a children’s novel by Michael Morpurgo, this one-man staging took Y7 through Tommo’s short life, and whilst it lacked the spectacle and grandeur of War Horse — another Morpurgo adaptation that has played in China, South Africa and at the Proms, it carried with it the same clear-eyed, hard-nosed stance on the horror and inhumanity of war.