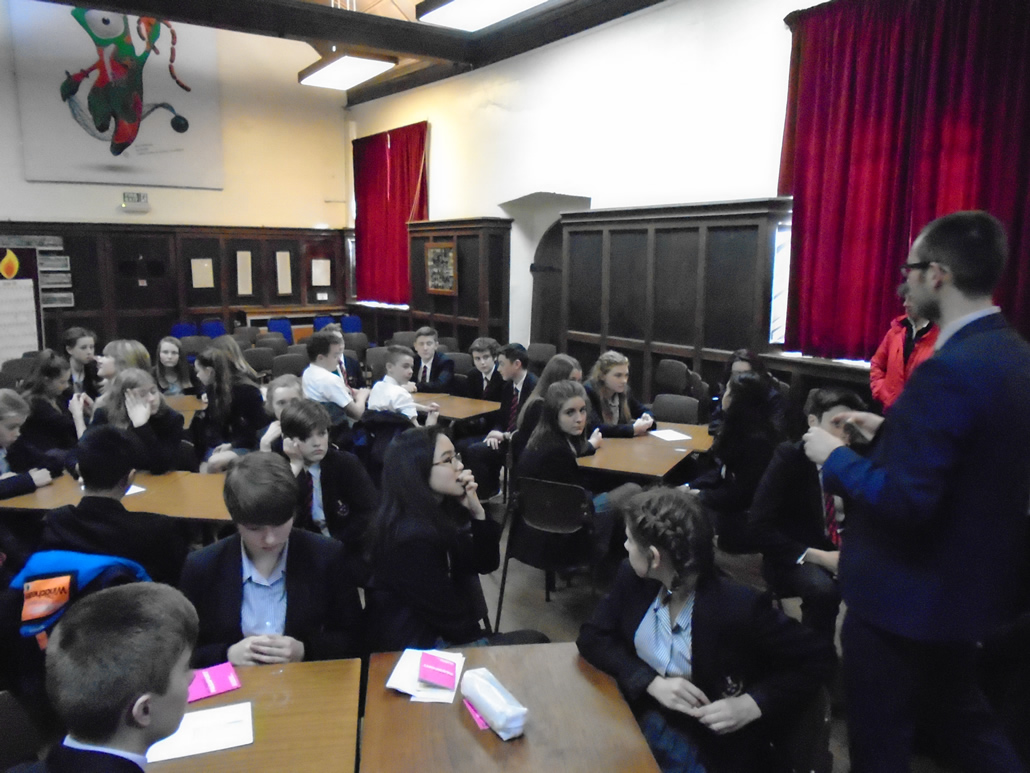 On Monday our Year 9 students took part in Caistor Grammar school’s second annual Upstanding Day.
We were delighted to welcome back Louise Stafford from National Holocaust Centre, this year Louise was accompanied by James Griffiths, the Director of Learning at the centre. As last year they engaged our students in what we mean by the idea of Upstanding, which then led into several workshops. These workshops included our students continuing to work with Louise and James, as well as working with David Yarnell and Cath Wittingham (a previous boarder at Caistor Grammar School) from Amnesty International.
Some of our Sixth Form students were also involved in participating in the running of the workshops; this included our Lesson from Auschwitz students and gave a chance for the Senior Prefect team, new and old, to work together. They were all magnificent.
All in all, another successful day with students thoroughly engaging in the discussions and ideas.
I would like to take this opportunity to thanks all those involved in the successful running of the day, without whom none of it would be possible: Louise and James from the National Holocaust Centre, David and Cath from Amnesty International, Mrs. Spencer for running the scenarios sessions, our Sixth Form students (who are a real credit to the school), Mrs. Sedman, Mrs. Jex, Mr. Hale and finally our splendid Year 9 students.
Many thanks.
Mr. A. Hay