The ‘busy week at CGS’ letter 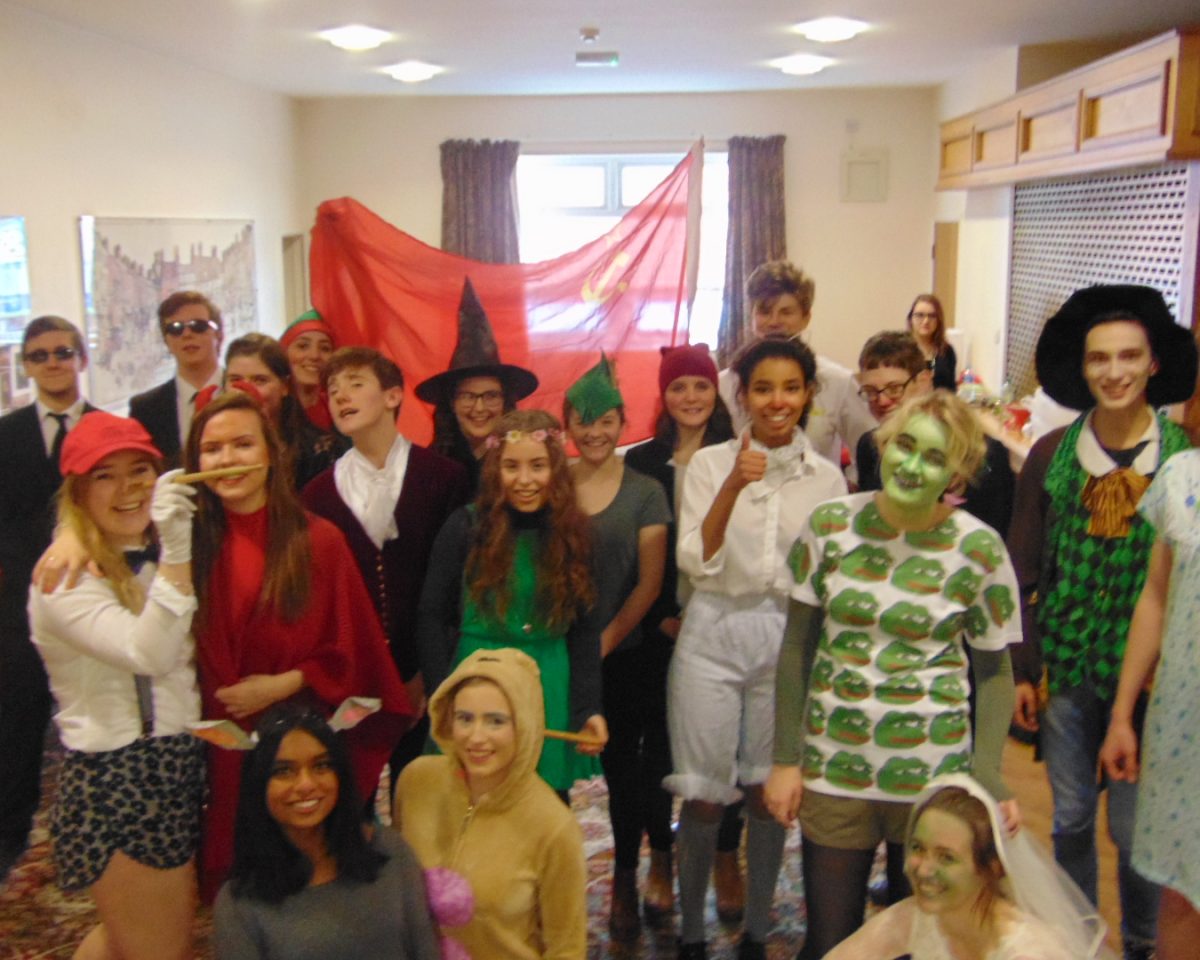 It has been a busy week at CGS!  As I write to you, the technical teams are exiting stage left following another year’s outstanding season of House Plays; we have just had the first night of a stunning D&T exhibition; and on Monday, we had the first act of a busy week with our annual House Pancake race.

The House plays are a very important part of the calendar as they allow students from all ages to work together.  Although there is an edge of competition (Rawlinson won the junior while Hansard won the senior), it is all in the spirit of fun.  Taking part, enjoying the opportunity and learning something about yourself is, I believe, more important than the winning.  Sixth Form students, supported by our three Heads of House and Mr Harris and Ms Jex, have worked above and beyond to make this happen for our junior students.  They have all done a marvellous job.

The Design and Technology exhibition for GCSE and A level work also had its ‘opening night’ on Wednesday.  In a similar vein to the House Plays, the process of design and manufacturing is just as important as the finished product.  I am sure that all students at some point felt that they wanted to abandon their project when the product did not initially quite work.  From viewing their finished products, (including the tool box for the tractor parked outside Old Hall!) it was clear that all the toil was worth it.  I hope that they will build on this experience in that they can continue to be tenacious in their own academic studies, even when they feel as if they have reached a dead-end.  It all ties in with this half-term’s assembly theme, ‘Never, never, never give in.’ A word of thanks to Mr Dobson, Mr Birch and Mr Hutson, the D&T technician. They have given up time after school, in half-term and even last weekend to support students and to put together the exhibition.

Next Wednesday, we begin the process of selecting our senior prefect team.  These important roles begin with afternoon hustings and then a staff and student vote before a final decision is made.  There are six places available. If last year is representative, we will have six times as many applicants.  If your son or daughter is toying with the idea of applying, I would ask that you encourage them to do so. Year 12 students should register their interest by Monday morning breaktime.  Whether they are successful or not, to aspire to be chosen as a school leader says something about a student’s commitment to the School’s ethos.  Some of last year’s unsuccessful candidates say that they enjoyed the experience: delivering a short speech to their peers helped them enormously with their self-confidence. Our current team of Michael Truman, Ellie Hill, Paul Clark, Eve Simmons, James Smith and Megan Harding have all been superb leaders to the School. One of their first functions during their tenure was to co-ordinate the student council interviews in last year’s headteacher appointment: their questions were as demanding as any of those that I faced in the other interview panels during the selection process.

Mrs Buck, the deputy head, has spent much of this and last term reviewing our policies.  One of our major policies involves Safeguarding.  This is reviewed by governors termly so that we can ensure we are up to date with any changes. The new Safeguarding Policy, along with others, can be viewed on the school website in the ‘Policy folder.’

Finally, I’m pleased that the staggered half-term between the different parts of Lincolnshire is now over.  Understandably we had some families who were in the unenviable position of having to delay half-term breaks until next year.  I know colleagues are grateful as lost days are inconvenient in all subjects because we do move at a fast pace.  This, however, does again raise the issue of removing students from school during term time.  Headteachers are able to impose fines for unauthorised absences and even though this is undesirable, it continues to be one of the measures that I can enact with the support of the local authority.  We do have a statutory requirement to deliver 190 days of curriculum to our students, from which we cannot deviate.  I do ask therefore that parents give sufficient consideration to any request: the form that is submitted should not be viewed as being perfunctory.  I would also like as much notice as possible for any proposed planned absence.  In a small number of cases at the end of last half-term, I was presented with a number of fait accompli, which contradicts the idea of requesting an absence.

We wish our public speaking team of Charlie Maxson, Robert Hewis and Fran Dyas (all in Year 11) success this Saturday as they travel to the Grammar School at Leeds to participate in the final round of the English Speaking Union Regional Final.

The French department have taken a team of Year 12 students to a competition in Sleaford today and thanks go to Mr Holland, Head of French, for organising this.

The English department are taking students to Leeds to see a performance of “Frankenstein” this evening.  Thanks go to Mrs McNeilly, Head of English, for organising this.

World Book Day was held yesterday.  Thank you to Mr Harris, Mrs Jago and the literacy leaders for organising a series of activities, including the very popular guerrilla readings around school.

Our Year 10 rugby players made it through to the semi-finals of the County 7s tournament.  They came second in their pool with a 75% win rate, won 33-12 in the quarter final against St George’s and were finally beaten by the very strong Kings team in the semi-final. They were a credit to the School.

I wish you and your families all the best for a successful second half of term,