Alice Kaye, Torch Bearer’s remarks at the opening of the Olympic Torch Building 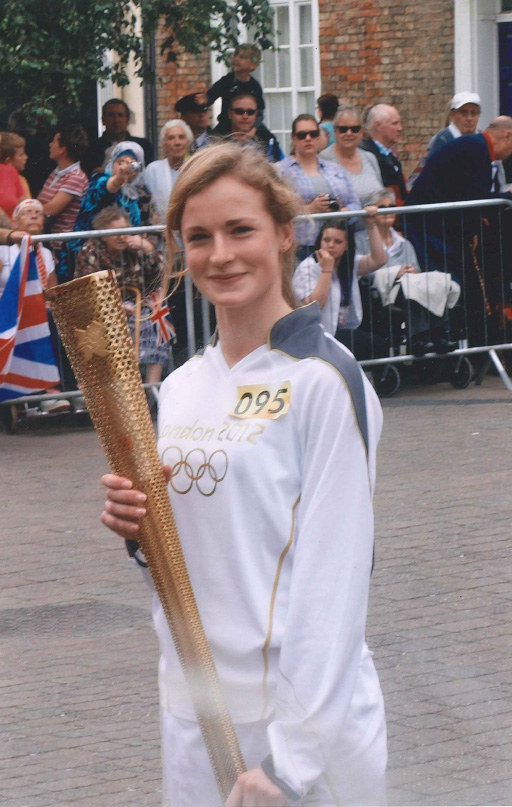 Alice Kaye, Torch Bearer’s remarks at the opening of the Olympic Torch Building are now available to read below

On the 18th May 2012 the Olympic flame arrived in Britain, aboard the striking gold plane, the firefly, to begin its 8000 mile journey around the UK. Similarly, although with less media coverage, on the 5th September 2005 I arrived in Caistor on a TJs Coach, in a blazer far too big for me, to begin my 7 year journey through Caistor Grammar School.

The thing with journeys is that at the beginning, you never quite know where they are going to take you. You may have a goal in mind, for the Olympic flame it was the opening ceremony.  For me, my CGS goal was at the end of year 13, with my A level results. But along the way, you discover more about yourself, you achieve more than you originally planned and often the original end goal is just small part of what you have accomplished.

At the beginning of Year 7 I thought I was starting CGS to learn more about history, science and maths, which I did; but in reality I was learning a lot about myself too.  Whether it’s learning how to make friends on that first day of school, learning to push yourself outside of your comfort zone in or out of the classroom or learning how to try again after something hasn’t gone your way; you learn more than just your academic subjects on your journey through CGS.

For me, a big part of this journey, was joining the Young Ambassadors.  It was also a fundamental reason why I was selected to carry the torch. The national group, which is aimed at raising awareness of the Olympics, Paralympics and the their respective values, gave me the opportunity to work with students lower down the school and developed my confidence which allowed me to initiate and organise projects and fundraisers for other causes close to my heart. These kinds of opportunities are present all the way through school. Whether it’s plucking up the courage to audition for a solo in house music, filling a spare place on the house hockey team so you don’t let your friends down or speaking in the Year 9 Balloon Debate about a historical character you’re passionate about- these kinds of opportunities are there to be taken.  And doing this can mean that you learn more about yourself on the way towards your goal.

But it’s not only important to recognise an opportunity and grasp it, but also to appreciate those that will support you along the way towards your destination. As the torch made its journey across the UK, thousands of people came to watch the torchbearers and cheer them on as they ran past.  It was the crowd’s support that made my torch run so enjoyable. Seeing so many familiar faces scattered among a sea of strangers, all cheering me on as I ran past is something that I will never forget.  Just like the torchbearers that had the crowds supporting them, you have your family, your friends and your teachers supporting you.

While you’re here, you are encouraged to push yourself and think about your goals, but it’s also important to think about how you’re going to get there and to appreciate the people that will help you achieve those dreams throughout your journey towards them. The community at CGS and your support network is really important in helping you to reach your goals, whether academic, musical, sporting. And appreciating this support makes it all the better when you reach your goal and there is someone there to congratulate you, someone who genuinely wanted you to achieve, and someone who has been on the journey with you.

On the 27th July 2012, the Olympic torch made its way into the stadium and the cauldron was lit, marking the end of the Olympic torch relay. On the 16th August 2012, I received my A level results. I’ve finished my CGS journey and have started another at a University I love, creating new friendships and discovering new skills. But I wouldn’t be there without my CGS friendships, the skills I discovered here and the support I received from the staff. The Olympic Torch was carried through rain and sunshine, with the occasional diversion, but the cheering crowds always remained to support the torchbearers. So for the students in here, whenever you walk past my torch, I want you to think of your destination, to think about your journey and the very important people that are going to keep alight the flame of your aspirations.