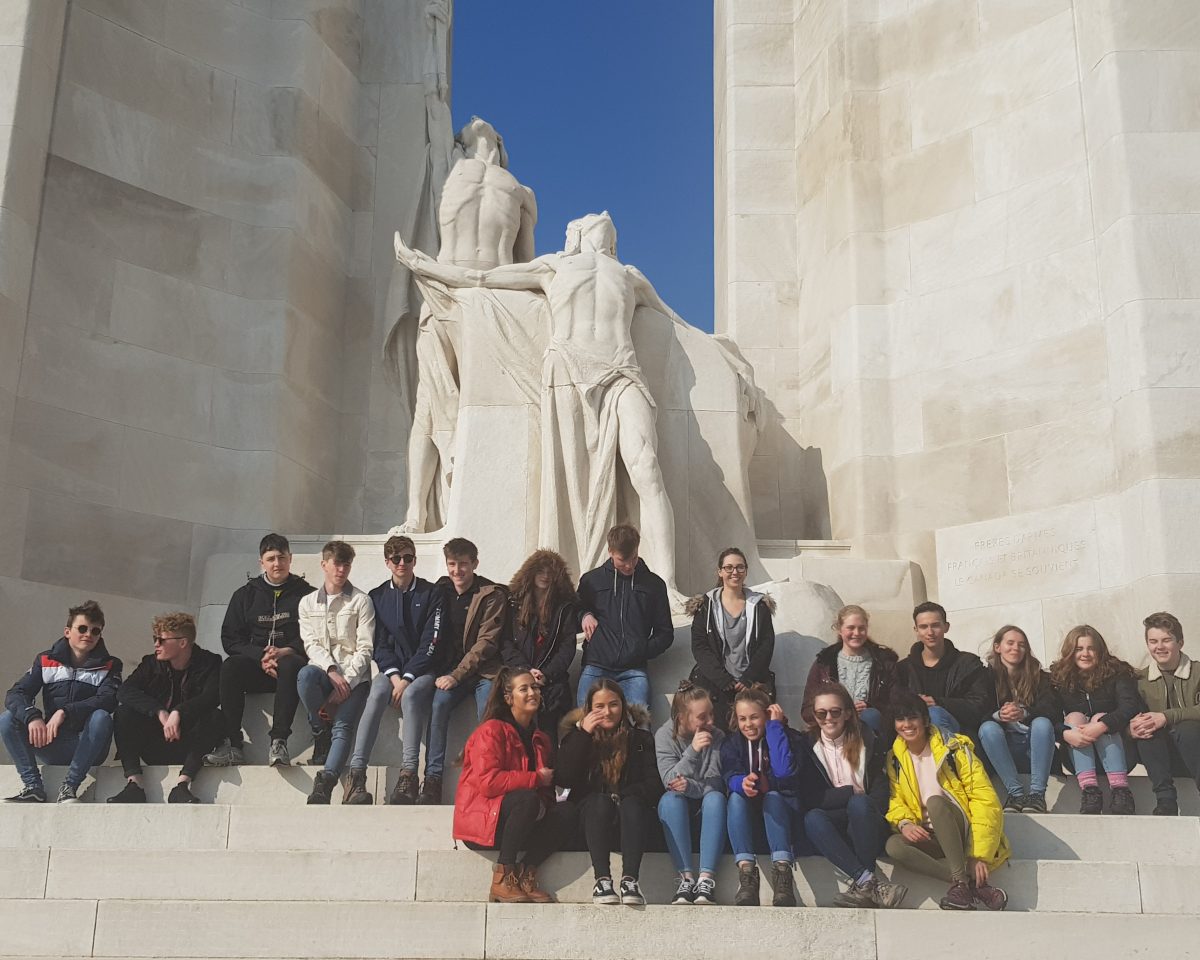 On 10th May, a group of Year 12 students set out on a poignant and emotionally moving trip to the battlefields of France and Belgium, allowing them to gain wider knowledge and experience for the part of their A Level English Literature studies dealing with literature from the First World War. A number of impressive and thought-provoking venues were visited, including Essex Farm Cemetery (which contained a preserved medical station in which the celebrated poet John McCrae worked), the preserved trenches at Newfoundland Memorial Park (where many soldiers from Newfoundland died on the first day of the Battle of the Somme), the underground ‘City’ at Wellington Quarry deep beneath the streets of Arras, Tyne Cot Commonwealth War Graves Cemetery and Memorial to the Missing (where around 12,000 Allied soldiers are buried), the Thiepval Monument, and the grave of Edward Thomas, one of the most important and rightly celebrated war poets. The most moving moment on the trip for many, however, was visiting the sombre Fricourt German Cemetery, which was an incredibly tranquil place, yet filled with the overpowering undertone of sadness.  We are exceptionally grateful to our guide, Dr David Nunn, and our driver, Keith, for their expertise and support over what proved to be a very intense and emotional few days.