Tensions were high at the East Midlands regional final of this year’s Kids’ Lit Quiz. Caistor Grammar were ably represented by two teams: Pippa Baugh, Holly Cook, Imogen Horton and Frankie Shepherd in the ‘A’ team; and Olivia Borgstrom, Jessica Meacock, Evie Piper and Kayleigh Suddaby in the ‘B’ team. 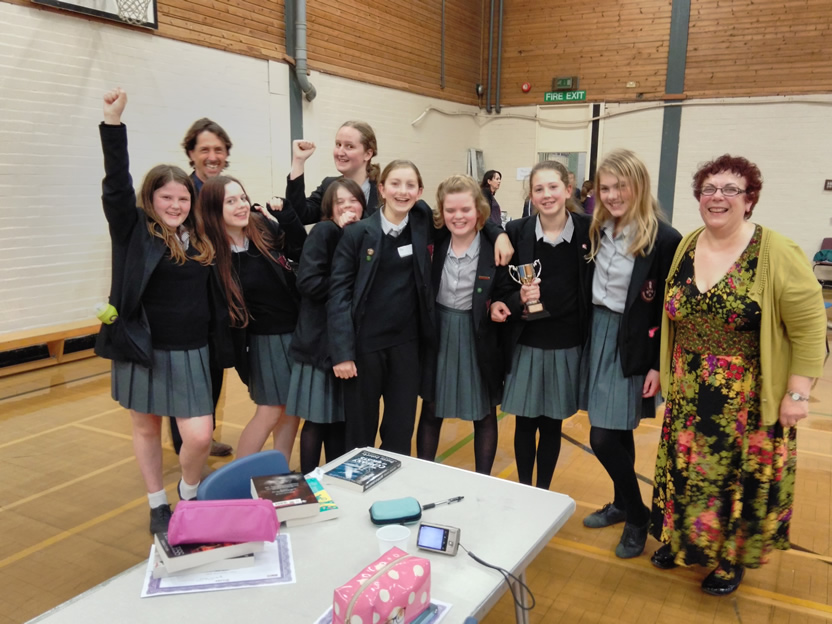 The event was held in Lady Manners School in the beautiful surroundings of Bakewell, Derbyshire, and in the face of stiff competition from 18 of the most well read schools in the region, both teams were well and truly challenged by questions covering everything from ‘Young Bond’ to the ‘Chronicles of Narnia’ and beyond. In a nail-biting competition that went down to the final point, Olivia, Jessica, Evie and Kayleigh finished in a very respectable seventh place, whilst Pippa, Holly, Imogen and Frankie were announced as regional winners. They were awarded the trophy by quiz master Wayne Mills and will now progress to the national final, to be held on December the 4th in Oxford Town Hall.