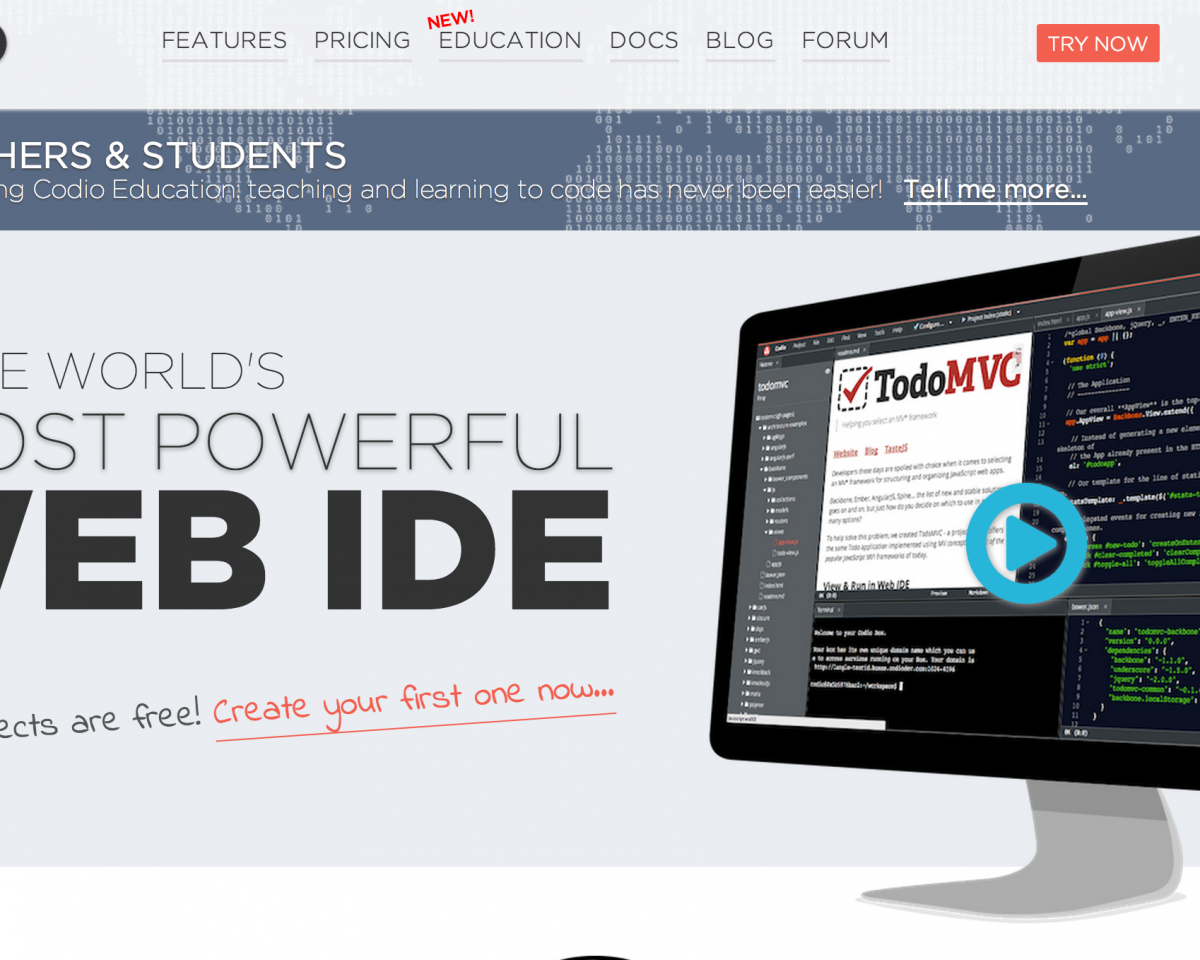 In late October 2014, Caistor Grammar School welcomed Freddy May and Phillip Snalune of Codio.com. Their aim was to make a video that demonstrated how their online code editor was impacting on education and what better way to do that than at CGS?

If you don’t know what Codio is then ask any student in Year 9 or the Computer Scientists in Year 10, 11 & 12. It’s an online platform where students can write their own programming code, accessible from anywhere with a web browser.

A big thanks to those students who participated in the video including a whole group of Year 9 students, James Smith, Ankit Gupta and Daniel Jackson of Year 11 and Y12 students, Freddie Holmes, Harry Williams and George Dray.

The video has now seen Codio shortlisted for Innovator of the Year at the International BETT Awards for Education Technology – well done guys! Don’t forget to hit Like on YouTube.

HOUR OF CODE: I am also pleased to report that Codio are going to make another visit to CGS before Christmas to help with the 2nd Hour of Code which is on Wednesday 10th December.