Last Friday 26 of our year 12 students travelled to Hathersage in Derbyshire to embark on their Gold DofE practice expedition. They walked for 4 days on routes that they had planned themselves. Everything they needed for the expedition was carried.
After a quick briefing by the supervisors the four groups set off on their adventure. The groups soon settled into their mission and the miles began to be eaten up. The navigation lessons learned in the classroom were put into practice as they made their way to the first overnight stop in Edale. The weather was kind and the tents were put up in the dry and the evening meal was prepared. Spirits were high as the students settled down for the night. Day 2 brought the challenge of climbing and crossing Kinder Scout. The groups had now had a day to bond into teams and this was evident as they all made steady progress across what was a very bleak environment. The miles soon fell behind and the teams were on their way to their campsites. After the evening feast many weary travellers had an early night as the physical demand of the expedition took its toll. Both campsites had their share of midges but one seemed to have been especially well infested. 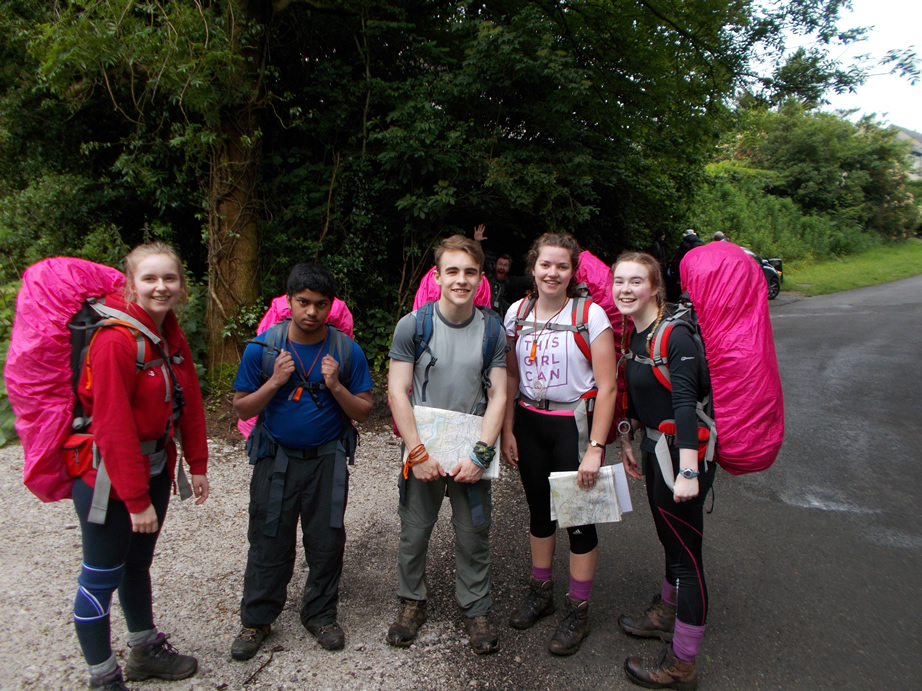 Day 3 and everyone is buoyed up with the realisation that they are half way through. With growing confidence the groups push on, navigating their way expertly over the beautiful countryside. The morning began with sunshine but as the day wore on the mood of the weather changed and the rain came. Most groups had to set up camp and cook in very wet conditions but at least the rain kept the midges at bay.. The wet weather continued overnight so the groups set off on their last day in less than ideal conditions. With the groups well into their journey’s it became clear that a swollen stream could not be crossed safely and the alternate route was also impassable. At this point it was decided that the safest option was to intercept the groups and have them return to the campsite. Sometime later the wet and weary walkers made it back safe and sound. Their good humour and high spirits throughout a very demanding and morale draining final day was a credit to the positive attitude of the students and the way they supported each other. 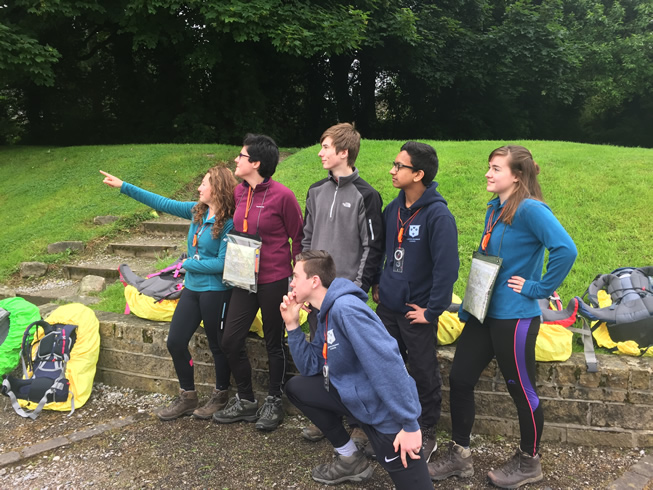 The early and unscheduled end to the expedition brought the opportunity to stop at McDonalds (Other fast food outlets are available) where everyone enjoyed a well-earned banquet, this included the supervisors.
The expedition was a great success. The students will now move onto their assessed expedition in the Lake District in 2 weeks’ time where they can do it all again. Well done to all the students involved and thanks must go to all the staff who gave up their time once again, without their commitment these events could not take place.

Photos from the expedition can be seen here