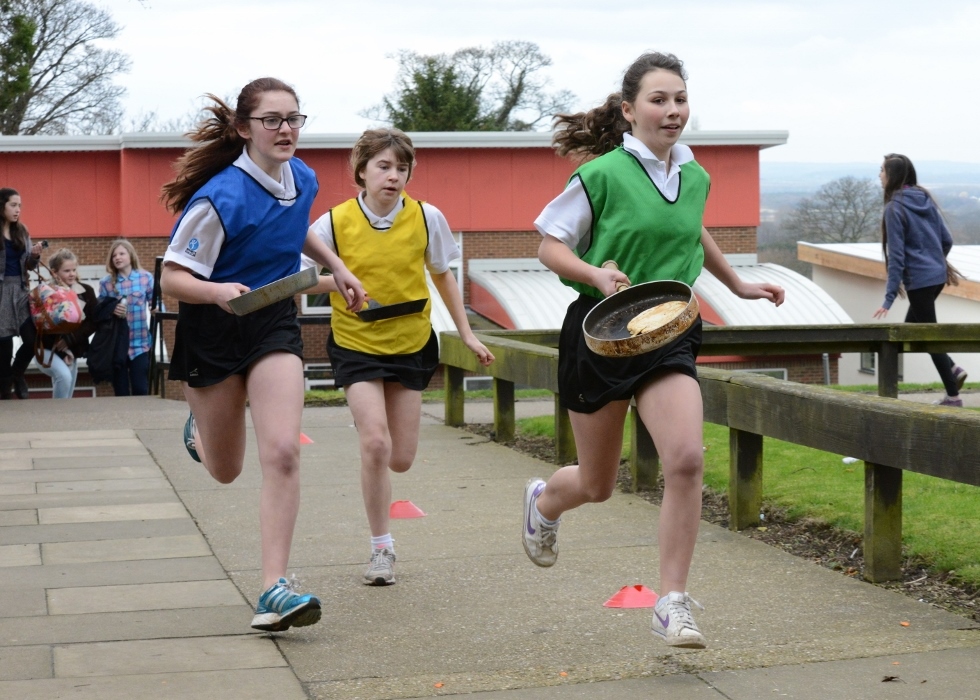 The annual House Pancake Race was won by the girls and the boys from Ayscough with Rawlinson second and Hansard third in both.

The event did not pass without incident and controversy, with Rawlinson having a ‘faller’ in the boys race and dropping their pancakes in the girls race. 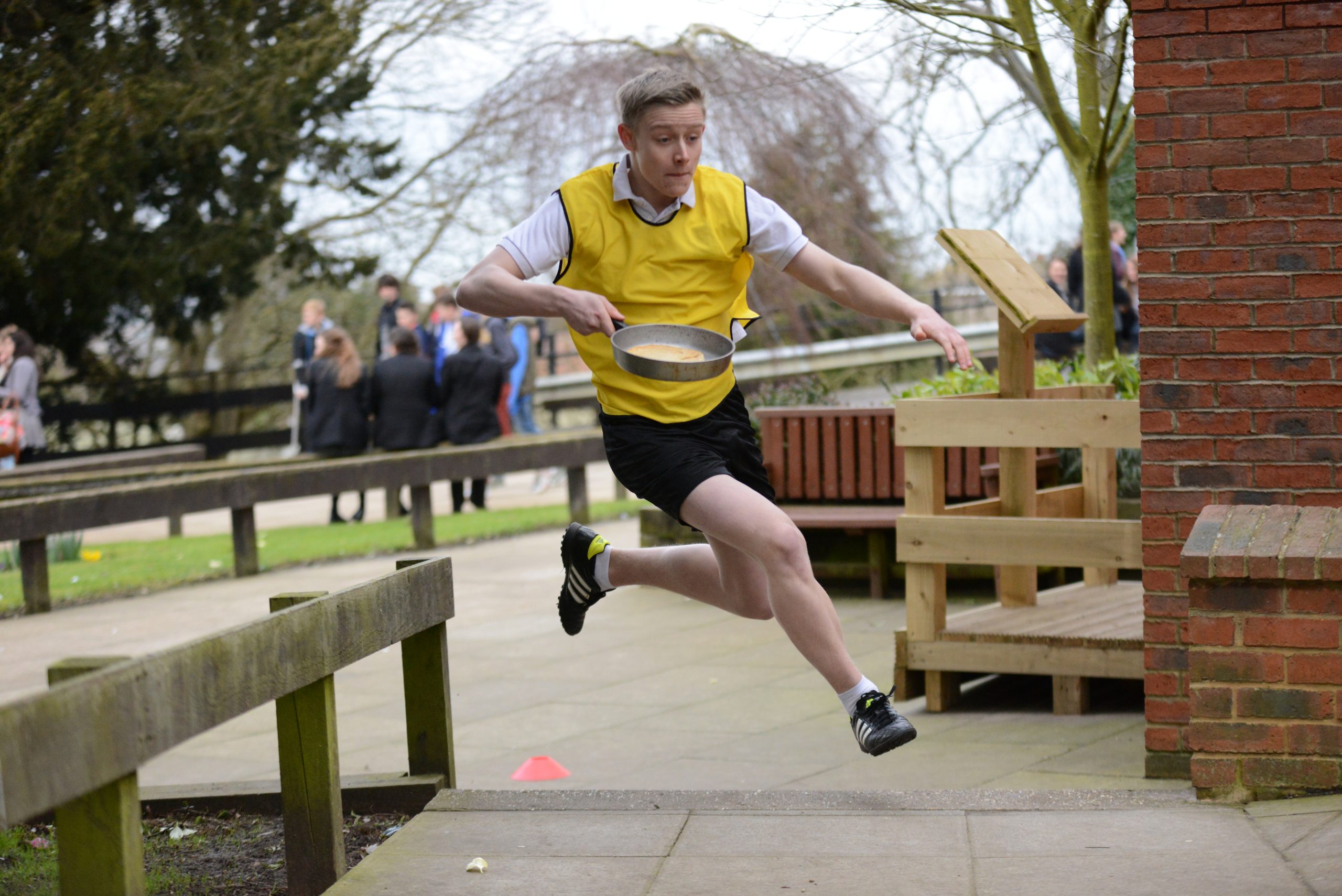 The allegations of insufficient tossing of a pancake on one leg of the girls race has not been upheld after a ‘steward’s enquiry’ and therefore the above result stands! 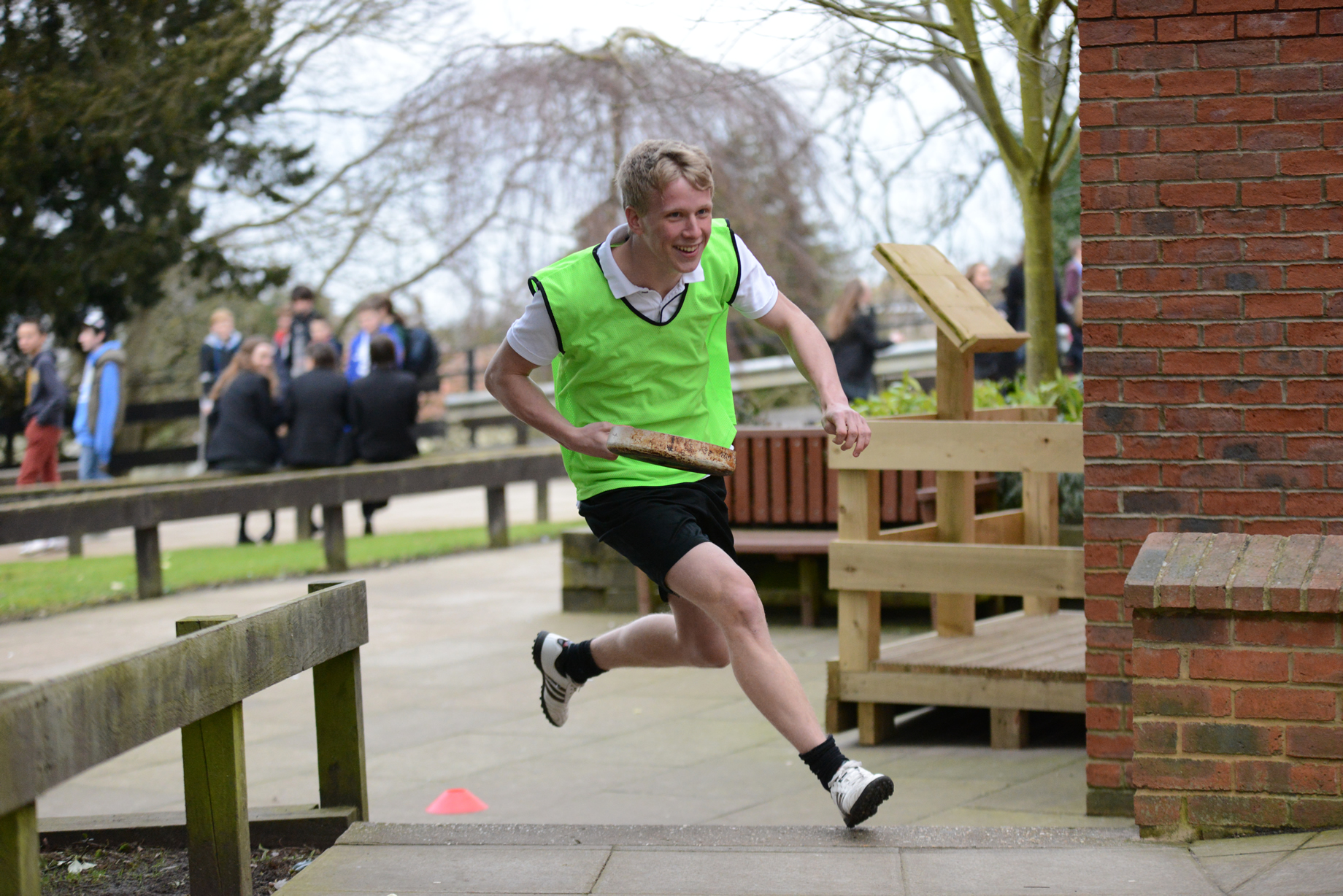