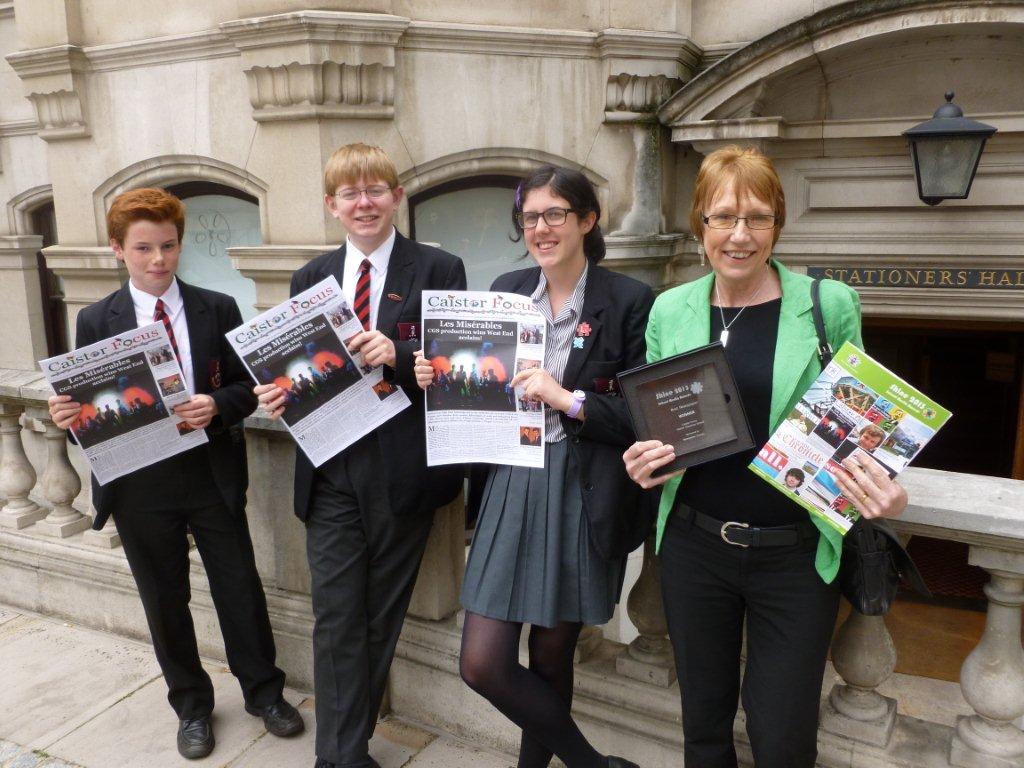 Caistor Focus wins Best Newspaper Award – and £1,000 for the school – for the second consecutive year!

In front of a packed Stationers’ Hall in London on Monday 24 June, winning and highly commended schools received their Shine 2013 School Media Awards at a ceremony presented by Daily Mail political columnist Simon Heffer and Louise Court, Editor of Cosmopolitan.

Simon Heffer praised the standard of entries, saying that those who had taken part in these awards had shown that they had the potential to consider a career in journalism, whether in print or by grasping the new opportunities online.

The Master of the Stationers’ Company, Kevin Dewey, said the Company’s passion for words went back over 600 years and the Shine School Media Awards were an investment in passing on that passion to a new generation.

These teams have each won a cheque for £1000, the chance to attend a workshop at the Times Education Supplement’s editorial office and Quark Xpress 9.

Well done to all the students involved in the publication, and to teachers Mr Pearson and Mrs Robson who were the driving force behind both of the winning newspapers. Watch out for the latest edition of Caistor Focus which you will receive before the end of term.