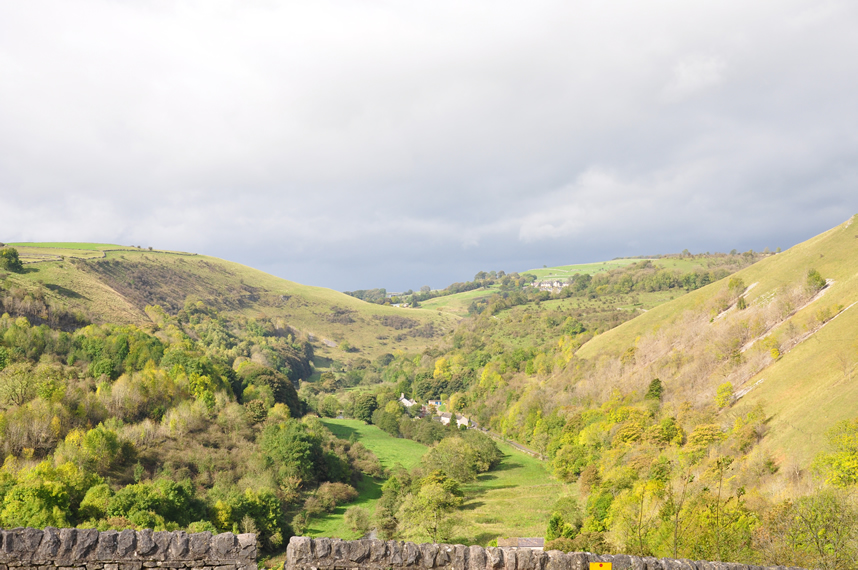 With the forecast threatening wind and rain akin to Shakespeare’s “Tempest”, our brave and intrepid Silver DofE students from the current Year 12 set off for Eyam in Derbyshire on Saturday morning. 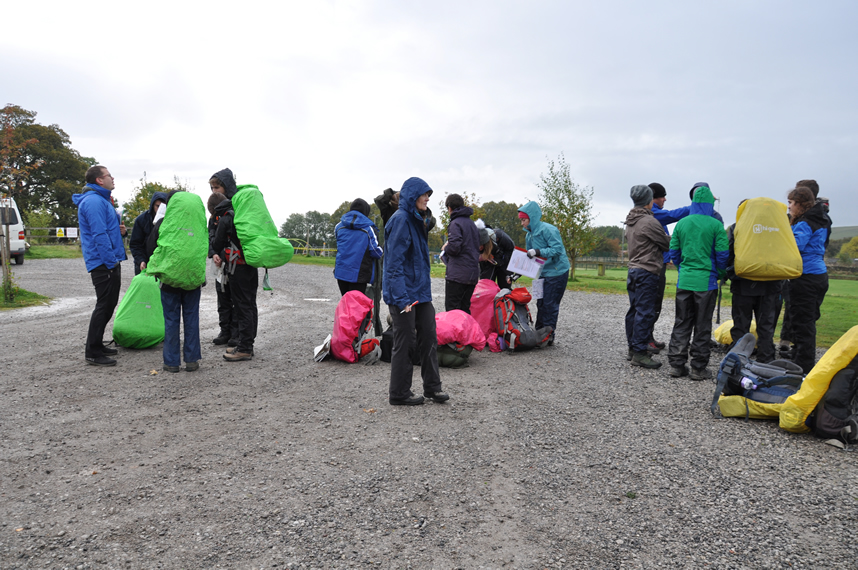 An early start was required to meet in Caistor and then travel to Eyam so that the groups could be briefed and checked, prior to setting off on their assessed Expedition. Having successfully completed their practice Expedition a couple of weeks previously, everyone was positive and well-prepared for the challenges that the next 3 days would throw at them, but yet again, these young people were dealt a cruel blow by Mother Nature, as the skies threatened from the very first moment and the waterproofs were put to the test from day 1. 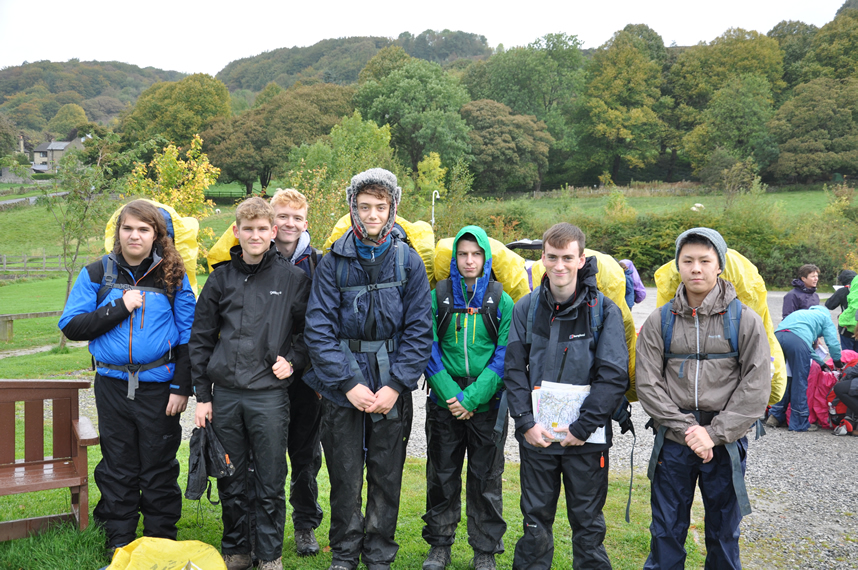 Day 1 began with 6 groups navigating out of Eyam in various directions, with the aim of reaching Monsal Head 7 hours later, taking in approximately 17km of the Derbyshire hills, carrying all gear, equipment, tents and food for the next 3 days. It was no surprise that rain began to fall even as the groups were readying themselves to start their journeys and sadly these DofE students are no strangers to rain, as it has affected them at every stage of their DofE preparations. Nevertheless, with high spirits they set off on their adventure, keeping each other motivated and entertained with gossip and singing and the focus of their Expedition “Aim” to attend to as they walked. 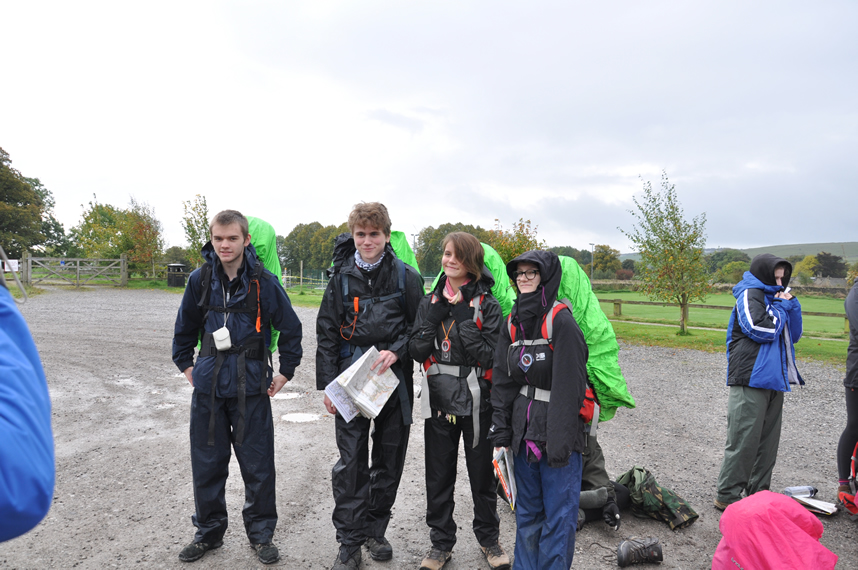 The volunteer supervisors and assessors, also bleary-eyed and subdued by the gloomy conditions, set out to intercept and observe the groups as they made their way over hill and down dale, hoping that the training sessions were going to prove invaluable in keeping the students safe and on-track during the day. With almost military precision, Mrs Sharp co-ordinated events, keeping a ‘handle’ on the progress of each group as the supervisors logged their progress from hidden locations along each route. 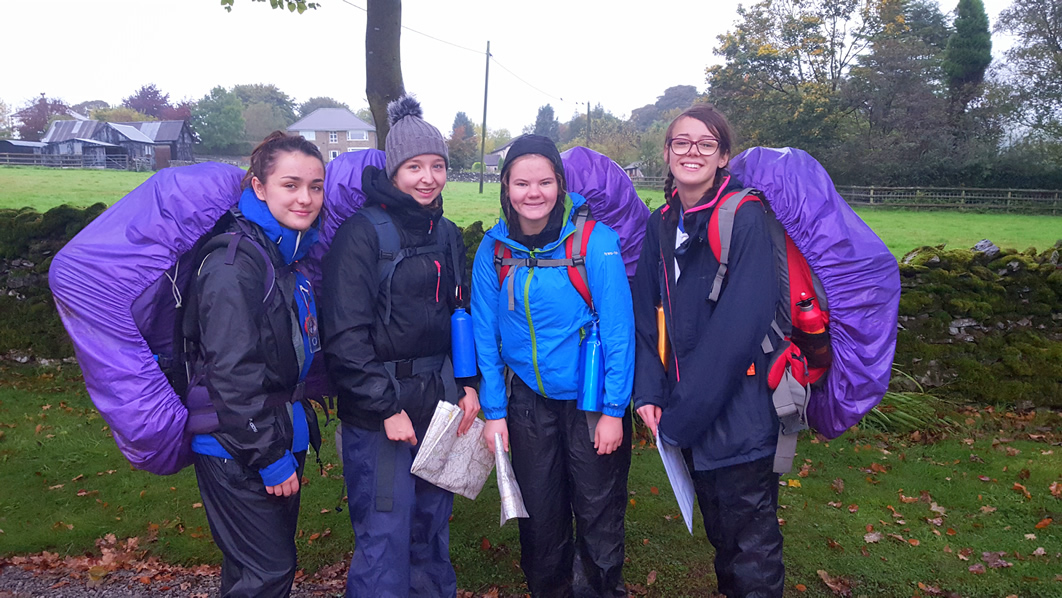 Despite the conditions, all groups arrived at the camp site in the early evening, tired but glad to have ended day 1. However, their work was not done, as tents needed to be pitched, food cooked and consumed and some even had the energy to shower! An early night was in order. 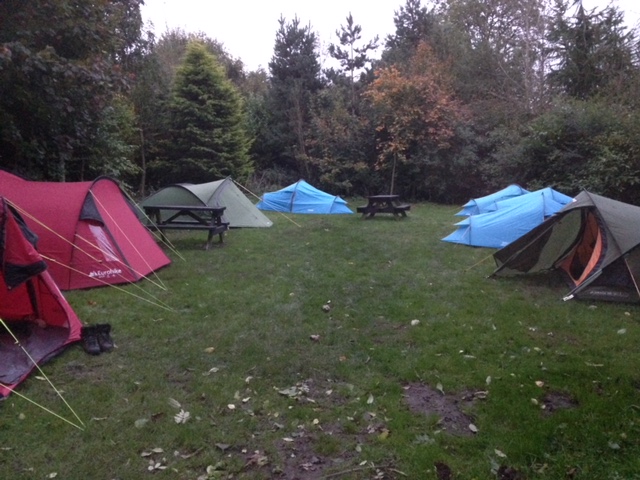 Day 2 began as day 1 had ended, in drizzle and mist and damp clothes. Undaunted by this, the students were up early and active, getting on with the business of the morning before packing away equipment and tents and cajoling each other towards another challenging day ahead. An earlier start to the day meant the prospect of an earlier finish and this encouraged the groups to be up and away around 8am, heading vaguely south towards the camp site at Monyash, with another 17km walking to complete during the day. 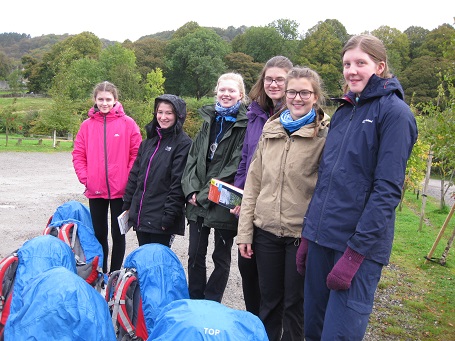 As it turned out, the weather turned out to be kinder than the forecast had predicted and soon the drizzle cleared, leaving a cloudy and pleasant enough day. Despite one or two slight hiccups and navigational glitches, all groups made it to Monyash camp site just as the weather turned slightly more inclement and the rush began to pitch tents and cook food before the hurricane-force winds descended (well, almost gale-force!). A sleepless night was had by all (I assume) as the wind battered the local area and threatened to strip the trees bare. So it was that day 3 dawned and the prospect of a final assault on the Derbyshire hills drew the weary travellers from their beds and ready to start their walking well before 8am.

Day 3 was the final leg of the 50km journey which was due to end north of Bakewell later that afternoon. Slight navigational inaccuracies can (I am reliably informed) be blamed on sleep deprivation. So it was that some groups self-corrected themselves back onto their routes using the skills that they had picked up along their DofE journeys. They acquitted themselves very well indeed and showed discipline, perseverance and a whole load of determination to overcome the obstacles ahead of them. The end-point was reached in very good time and after a short de-brief from the assessors Mr Phil Smith and Mr Michael Robinson, the students were glad to tuck into their emergency rations and the slices of Bakewell pudding that Mrs Sharp provided for them. Gold?? Bring it on!!!