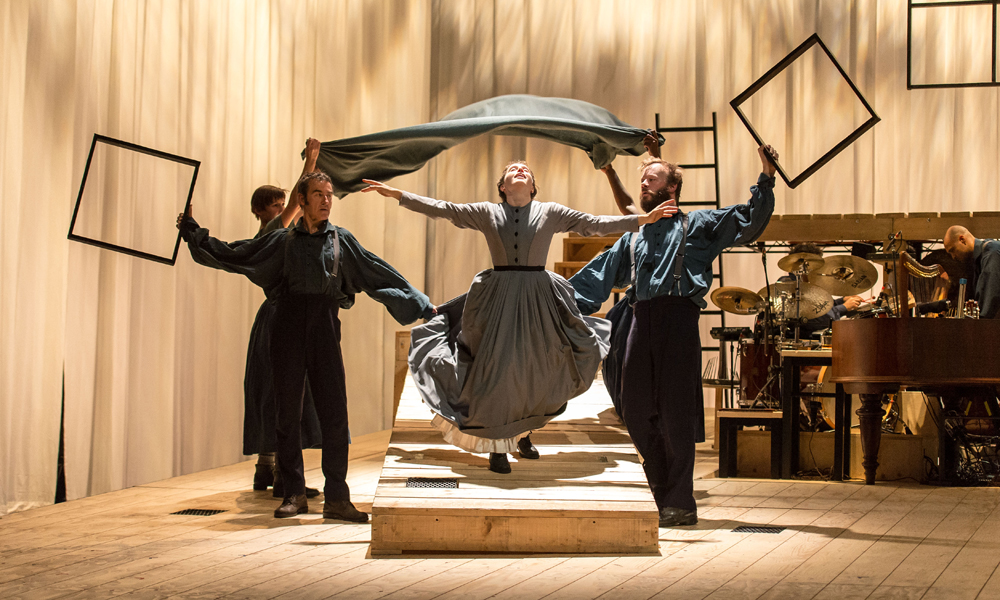 Devised by the original cast at the Bristol Old Vic in 2014 from an idea by Sally Cookson, students and staff were treated to a bold, dynamic and compelling ensemble production of a woman’s fight for freedom and fulfilment on her own terms. Jane Eyre, convincingly played by Nadia Clifford, faced life’s obstacles head-on, surviving poverty, injustice and betrayal before taking the ultimate decision to follow her heart. A simple, but really versatile set facilitated a variety of memorable images, not to mention breath-taking pyrotechnics. But it was Melanie Marshall, as Bertha, Rochester’s first imprisoned wife who literally brought the house down. A figure of great dignity with a remarkable, soulful voice, contributed to some of the play’s most moving scenes.