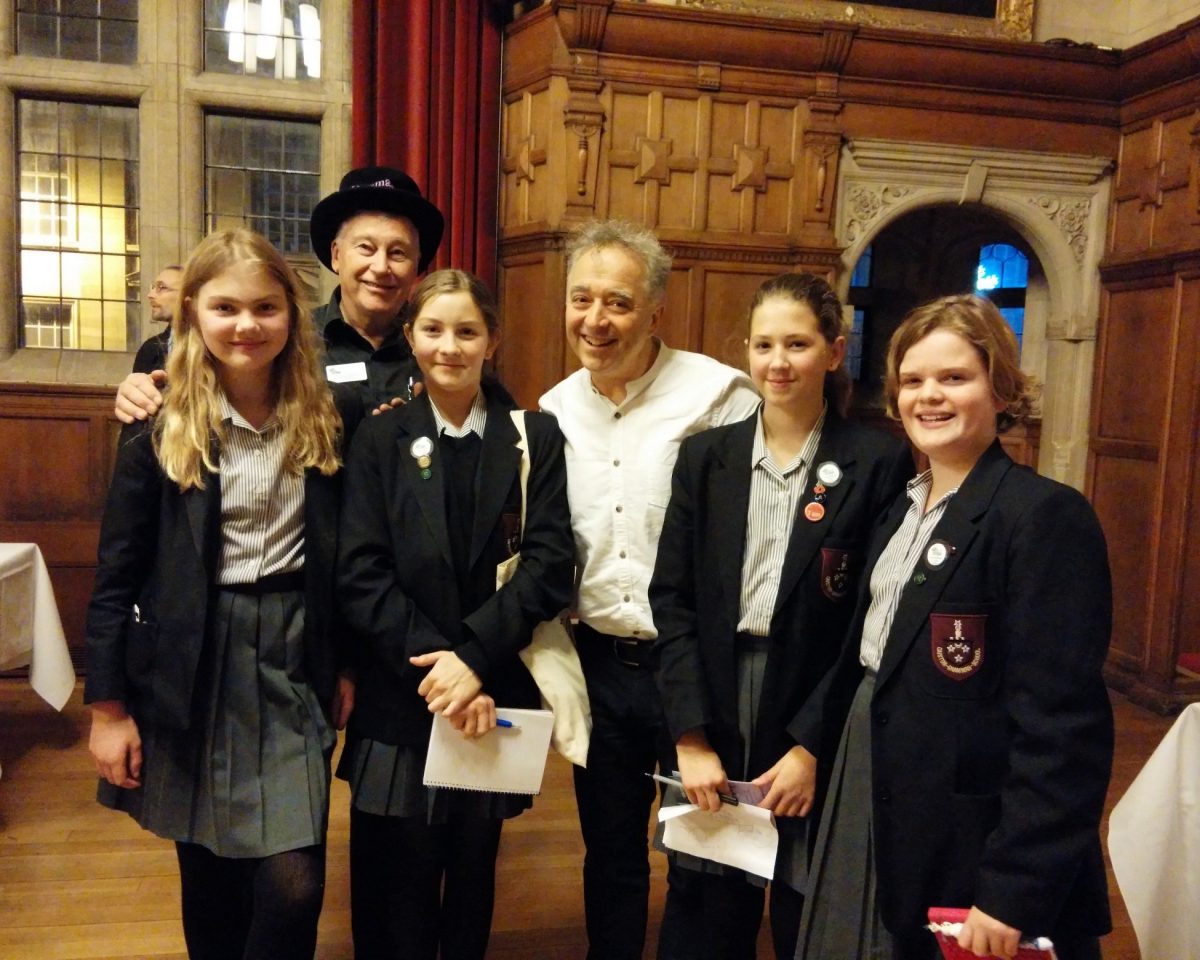 The Kids’ Lit Quiz National Finals were held in Oxford on Friday 4th of December and Caistor Grammar were represented by year 8 students Pippa Baugh, Holly Cook, Imogen Horton and Frankie Shepherd. Competition came from the very cream of the country’s Lit Quizzers, including two former winning schools, and sadly it proved too much for Caistor, the trophy eventually going to Hamilton College from the West of Scotland. The Caistor team were in no way downhearted though, taking solace in a chance to meet the many guest authors who attended the event, including best selling author of ‘Millions’ and ‘Framed’ Frank Cottrell Boyce, and the team’s own host author, Ian Johnstone, whose new fantasy series ‘The Mirror Chronicles’ is now available (signed of course!) in the library.