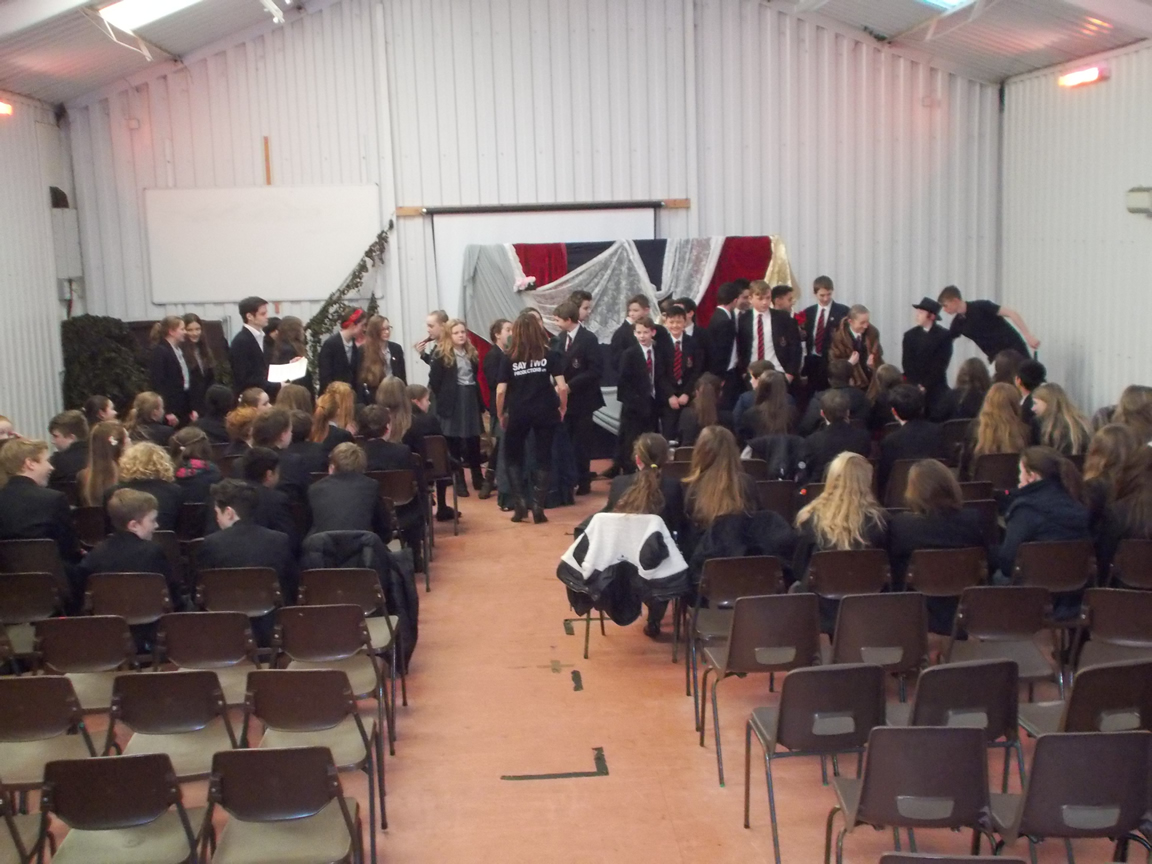 Expectations were indeed Great when Say Two Productions finally arrived at CGS for their rescheduled workshops with years 8 and 11 this week. Having previously arranged to come in December but been scuppered by an accident on the M180, waking up to snow on Tuesday morning did bring some concerns; however, in the best theatrical tradition: ‘The show must go on!’

Year 11 were treated to a performance of one of their GCSE Literature texts ‘An Inspector Calls’ in the morning, while year 8 completed their unit of study on ‘Great Expectations’ with a dramatized version of the novel in the afternoon. Both year groups were also given the opportunity to get up on their feet and perform on the stage, exploring some of the different ways writers bring characters to life.