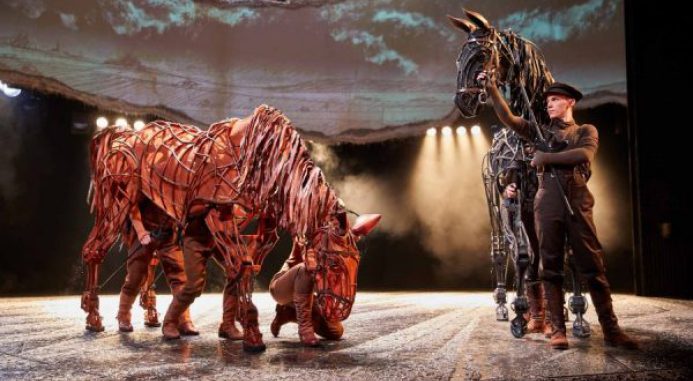 War Horse, an internationally renowned production, finally arrived in Nottingham and continued to live up to its reputation! A packed Royal Concert Hall seemed to be enthralled throughout by this highly episodic Black Beauty meets the Great War with its unashamed lack of nuance or complexity. Best known for its brilliant construction and operation of life-size horse puppetry, it called for more than the usual measure of suspension of disbelief from the audience but this was willingly handed over. With folk music associated with Vaughan Williams and Elgar functioning in juxtaposition with highly realistic sound effects of industrialised warfare that put paid to cavalry charges, Y7 were treated to a very moving, and memorable, portrayal of courage and loyalty in a dark period of history.